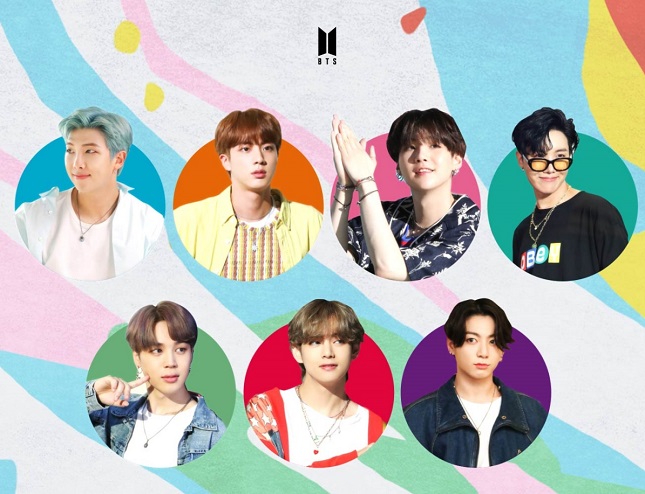 This image, provided by Big Hit Entertainment on Jan. 24, 2021, celebrates 800 million views earned by the BTS song “Dynamite” on YouTube.

YouTube views for “Dynamite” hit 800 million views at 12:26 p.m. on Sunday, becoming the septet’s sixth music video to reach the milestone, according to Big Hit Entertainment. The feat came just a month after it earned 700 million views, it added.

“Dynamite,” an upbeat disco-pop track that was sung in English, has rewritten history in many ways. It earned the seven-piece band its first career No. 1 on the Billboard’s main singles chart and stayed there for months.

The septet also received its first Grammy nomination in the Best Pop Duo/Group Performance category with “Dynamite.” The awards ceremony is slated for March 14 (U.S. time).

Upon its release, the music video for the hit song earned 101 million views in just 24 hours, setting a record as the most-watched music video in 24 hours.

BTS’ most-watched music video is “DNA” with 1.1 billion views, followed by “Boy With Luv (Feat. Halsey)” and “Fake Love.” The band owns 28 music videos that have been watched at least 100 million times, according to Big Hit.