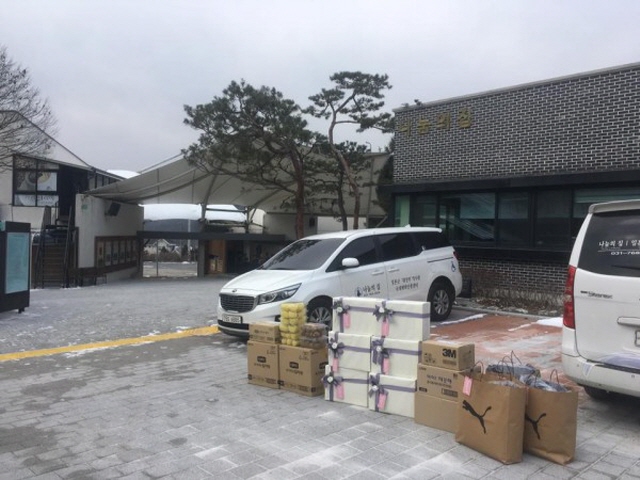 (image: The House of Sharing)

The House of Sharing, located in Gwangju, just outside of Seoul, posted on its website on Sunday that the boy band’s fans recently visited the house to donate winter clothing items, such as gloves, socks and inner wear, as well as fruit, to a handful of elderly victims who live there.

“We really appreciate their donation. We wish their continued interest and support,” the House of Sharing said in the posting.

By November, ARMY had donated goods worth around 10 million won (US$8,900) to the house.

Historians say as many as 200,000 Korean women were forced into sexual slavery for the Japanese military during the war. Korea was under Japan’s brutal colonial rule from 1910 to 1945. Only 25 victims registered with the South Korean government are still alive. 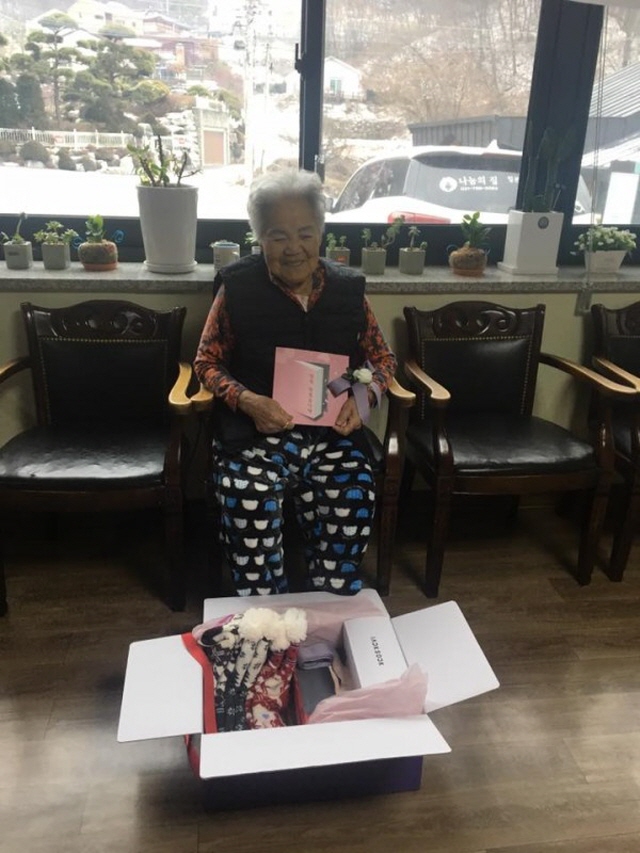 A former sex slave victim, who was forced to work at Japanese brothels during World War II, smiling at winter goods brought by BTS’ fans. (image: The House of Sharing)