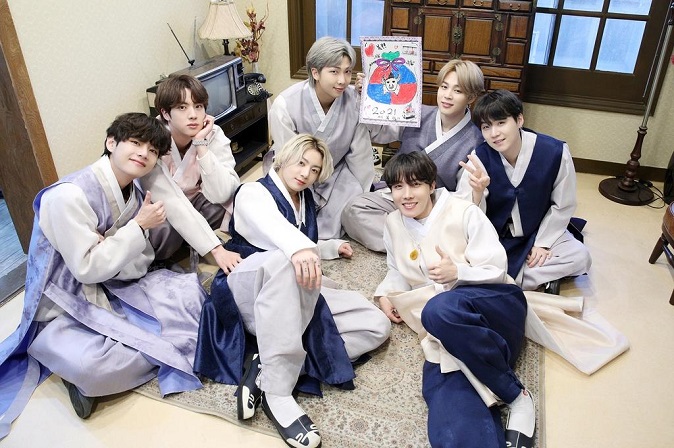 YouTube views for “DNA,” released in September 2017, broke the record at 3:13 a.m., becoming the seven-piece act’s first music video to reach the milestone, according to Big Hit Entertainment.

It took just four months for the band to add an extra 100 million views after it broke 1.1 billion views in October, the agency added.

“DNA,” the main track for the group’s EP “Love Yourself: Her,” was the first song by a South Korean act to simultaneously break into the Billboard’s Hot 100 and Billboard 200 main charts.

In addition to “DNA,” the group’s music videos “Boy with Luv” and “Fake Love” have also racked up 1.1 billion views and 864 million views on YouTube, respectively, as of Thursday.

The band made history last year by becoming the first South Korean artist to top the Billboard Hot 100 with its disco-pop “Dynamite.” Its ballad “Life Goes On,” released in November, also was the first song mostly sung in Korean to reach No. 1 on the chart.

BTS has been nominated for Best Pop Duo/Group Performance for the 63rd Grammy Awards, scheduled for March 14 (U.S. time).