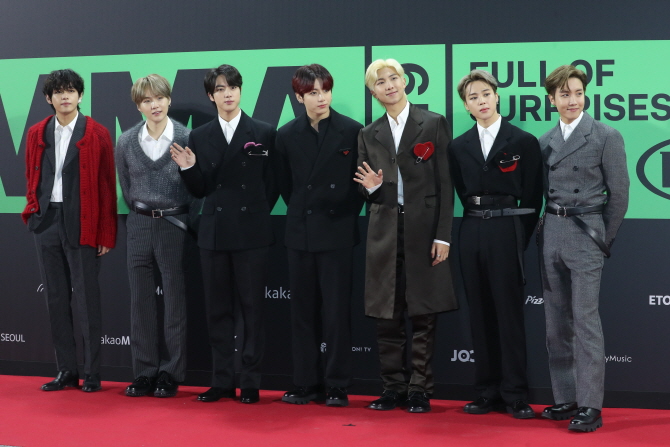 The septet finished off its latest world tour, “Love Yourself: Speak Yourself,” with the final leg in Seoul where three evening concerts at Olympic Stadium on Oct. 26, 27 and 29 drew a total of some 130,000 fans.

According to a report by a research team led by Pyun Ju-hyun, a business professor at Seoul’s Korea University, the concerts created a total of 922.9 billion won in direct and indirect economic effect.

The research team came up with the sum of direct economic effect by adding up total ticket and merchandise sales revenue, the costs of putting on the concerts, including stadium rental fees as well as expenditure by ticket holders, including transportation and accommodation costs.

For the calculation of indirect effect, the report took into account new consumer expenditure by households whose income was driven up by the BTS concerts, the effect of added value creation and the prospect of revisits to Korea and future spending by foreign fans, according to the report.

A performance by BTS. (Yonhap)

The team carried out an in-depth survey of 356 foreign fans who attended the recent Seoul concerts to study how long they stayed in Seoul for the occasion, their local expenditure and whether they are willing to revisit the country following the concerts.

The team estimated that some 187,000 tourists traveled to South Korea on the occasion of the October concerts, with 23,000 of them attending the concerts.

One foreign ticket holder brought to Seoul with her or him an average of 3.28 companions while the touristic promotional effect of the BTS home concert also attracted foreign tourists to the country, according to the report.

The number of BTS-driven foreign tourists accounts for about 67 percent of some 280,000 foreign tourists who visited South Korea during the run of the 2018 PyeongChang Winter Olympics the country hosted, the report also showed.

The report also stressed unquantifiable economic effect of the BTS concert. Having developed interest in Korean culture and the Korean language thanks to BTS, its fans had a wish to study or work in the band’s home country, an effect, the team pointed out, of bringing in foreign human capital.

“The research shows that high-quality cultural content is capable of drawing as many foreign tourists as the Olympics, opening up a new type of window for service exports,” professor Pyun said.