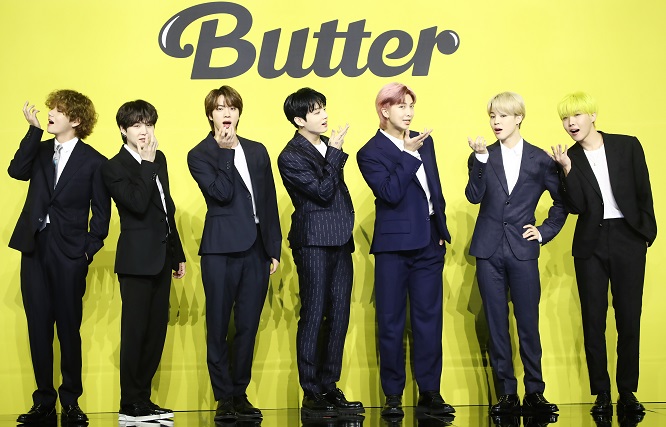 SEOUL, May 23 (Korea Bizwire) — BTS has set another record, with its latest single “Butter” becoming the most-watched music video on YouTube in 24 hours since its debut, its agency said Sunday.

BTS also set a new record for the biggest YouTube music video premiere with more than 3.9 million peak concurrents, replacing its own record of 3 million for “Dynamite.”

The English-language single has taken the world by storm upon its release.

In addition to topping iTunes Top Songs charts in 101 regions, the song earned 20.9 million global streams on Spotify, the world’s biggest music streaming platform, on its first day of release.

It marked the most streams on a single day in Spotify’s history, according to Big Hit Music.

BTS is set to put on its first performance of “Butter” at the Billboard Music Awards on Sunday (U.S. time), where it will be performing for the fourth consecutive year and has been nominated in four categories.