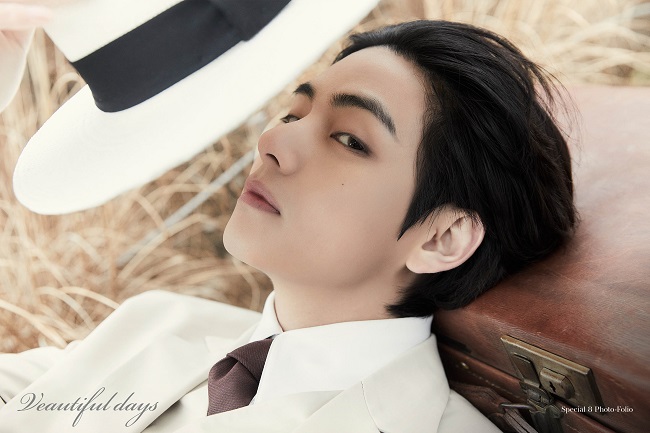 V, a member of K-pop boy group BTS, is seen in a concept photo for his upcoming photo book, “Veautiful Days,” provided by Big Hit Music.

The photo book, titled “Veautiful Days,” will come out Dec. 23 as part of the group’s “Special 8 Photo-Folio” project launched in September to show off the group members’ individual characters and new sides, Big Hit Music said.

Four other members — Jungkook, RM and Jimin and Jin — have published their individual photo books under the project.

V became a 19th-century European gentleman who gets a horseback riding lesson or enjoys teatime for “Veautiful Days,” according to the book’s teaser images and videos unveiled Thursday.

“V’s tastes in jazz and classic costumes were reflected in ‘Veautiful Days’,” the agency said, adding he participated in the whole process of making the book to show his own colors.