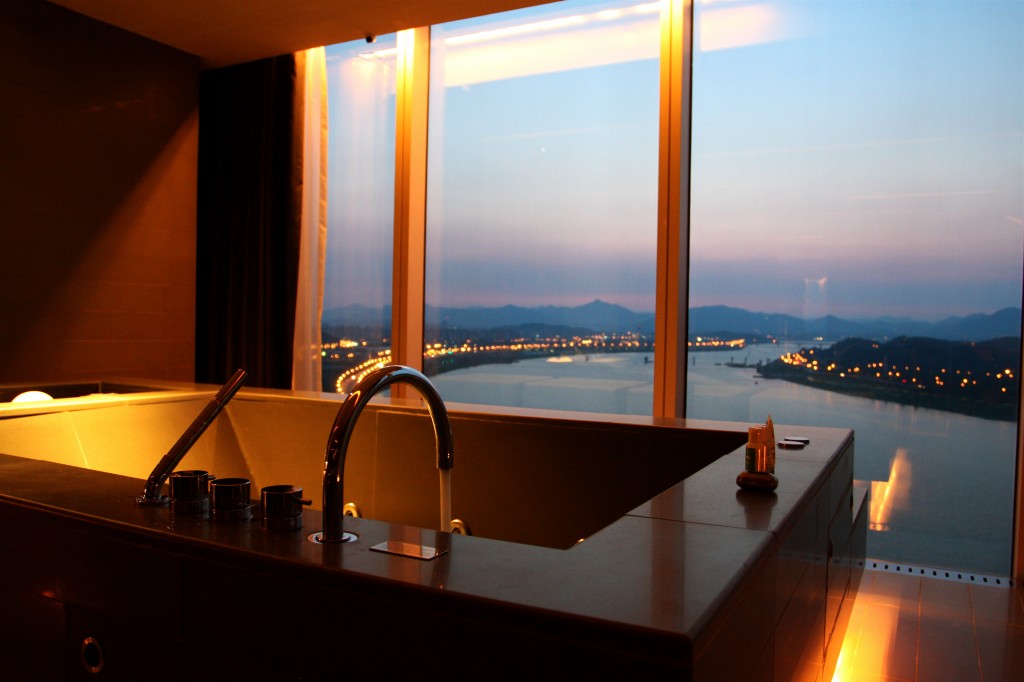 With seven in 10 hotels falling on the “expensive” category, it is too difficult for a foreign tourist to find an affordable accommodation in Seoul. (image: W Seoul Walkerhill by TravelingOtter/flickr)

SEOUL, Korea, April 4 (Korea Bizwire) – In an era in which 12 million foreign visitors come to Korea a year, either relaxing or lifting a regulation prohibiting construction of hotels near school zones has become a pressing matter; however, budget hotels that are most needed to accommodate tourists are not in the spotlight in the issue due to lack of analysis on actual demands.

Some point out that focusing on making changes in regulations without considering the essence of the problem may only benefit the cherry pickers who receive all the supports from the government by running expensive hotels which are not preferred by foreign tourists.

On March 3, the Ministry of Culture, Sports and Tourism and the Seoul city government reported that there are 192 hotels in the Seoul metropolitan area with 30,228 guestrooms in total. When sorted by class, there are 21 five-star hotels with 10,313 rooms and 28 four-stars with 6,472 rooms, together accounting for 55 percent of the entire number of guestrooms.

Upon counting 34 three-star hotels with 4,410 guestrooms with room rates around 200,000 won, deluxe hotels account for 70 percent among tourist hotel accommodations. Cheaper one-star hotels altogether only account for about 7 percent.

With seven in 10 hotels falling on the “expensive” category, it is too difficult for a foreign tourist to find an affordable accommodation in Seoul. The tourism industry has called for affordable hotels for quite a while since the number of Chinese budget travelers and foreign independent tourists turned rather significant. Some travel agencies even complain about losing prospective visitors due to lack of accommodations at reasonable prices.

According to the Korea Culture and Tourism Institute, 71.7 percent of the total foreign visitors in the fourth quarter in 2013 were independent travelers. While the number of foreign tourists staying at hotels has slightly decreased from 75.2 percent to 74.8 percent, the number of tourists staying at guesthouses, hostels and inns has increased from 10.5 percent to 11.6 percent.

More hotels to accommodate the budget travelers are most definitely called for.