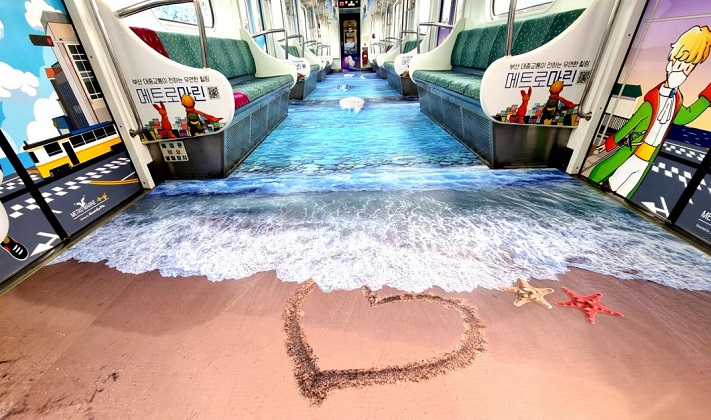 BUSAN, May 24 (Korea Bizwire) — The Busan Mass Transit Citizen’s Funds Foundation said Monday it will apply a new design introducing the southern port city of Busan’s famous tourist attractions to some of the city’s intra-city buses and subway cars.

The Busan Marine Bus and the Metro Marine, both scheduled to be operated until September, will be decorated to introduce the city’s famous tourist attractions, with their indoor spaces being designed to appear as sandy beaches.

The ceiling and floor of buses and subway cars will be designed to create an image of sky and sea, while the windows will be decorated to look like the inside of an airplane.

The Busan Marine Bus will consist of six intra-city buses, while the Metro Marine design will be applied for one subway car each for the Busan Metro Lines No. 1 and No. 2. 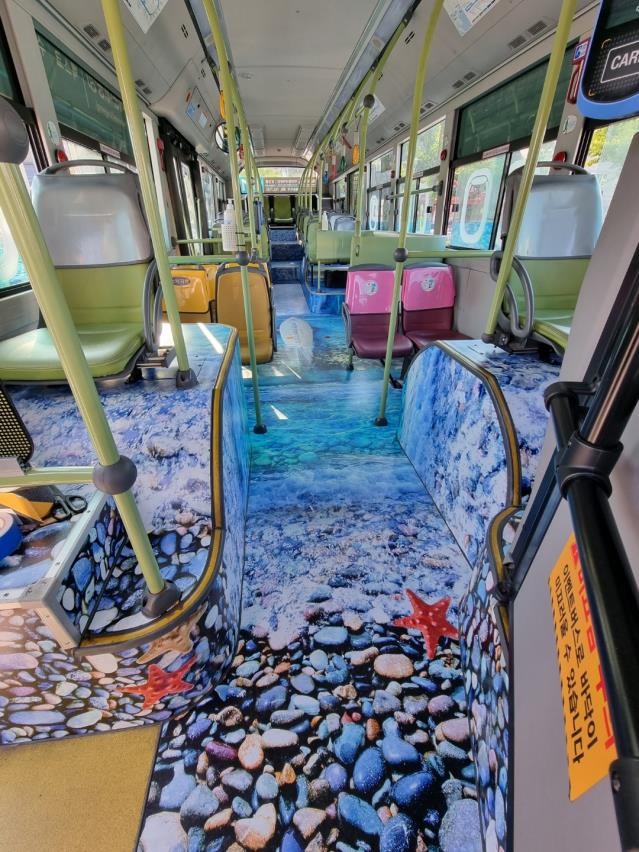