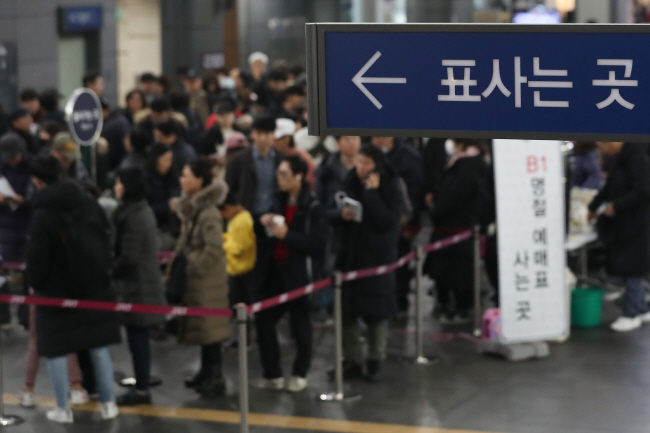 SEOUL, Jan. 24 (Korea Bizwire) — Buses and subways in Seoul will run on extended operating hours over the weekend to meet demand for late-hour travel during the Lunar New Year holiday, the city government said Friday.

Subway lines No. 1 to 9, as well as the Ui-Sinseol Light Rail Transit, will run until 2 a.m. on Saturday and Sunday, according to the Seoul Metropolitan Government.

Bus routes passing through five major train stations and four express and intercity bus terminals will also run until 2 a.m. for users who are returning from their hometowns.

The city government also plans to run additional buses during daytime hours for routes that pass near cemeteries for passengers paying visits to their ancestors.

Public transportation schedules, as well as traffic alerts, will be available throughout the holiday at the city’s transportation information platform TOPIS (http://topis.seoul.go.kr).

The airport express operator plans to also run trains on extended hours during the holiday weekend.

The last train departing from Terminal 2 at Incheon International Airport, terminating at Digital Media City station, will be extended to 1:15 a.m. from 11:50 p.m.

The last train departing from Seoul Station bound for Geomam station, will also be extended till 1:10 a.m. from midnight.