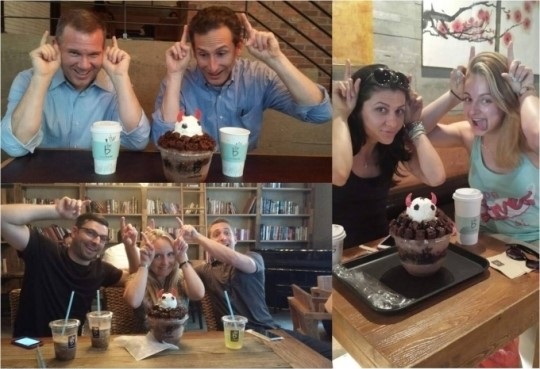 Caffé Bene announced that 10,000 bowls of Choco Devil Bingsu (sweet ice flakes) were sold in its stores in the U.S. (image: Caffe Bene)

SEOUL, June 13 (Korea Bizwire) – A special menu of a Korean coffee franchise prepared to cheer up the Korean national soccer team for the World Cup Games is gaining huge popularity in the U.S.

Caffé Bene announced that 10,000 bowls of Choco Devil Bingsu (sweet ice flakes) were sold in its stores in the U.S. As an official supporter for the Korea Football Association (KFA), the specialty coffee franchiser rolled out the menu last March as a special menu to support the Red Devils, the nickname of Team Korea.

Among the whole menus in the stores, the sales of the Choco Devil Bingsu take 5 percent and in case for the Champaign branch in Chicago, its share recorded as high as 9 percent. The menu is being sold 40-50 bowls a day in the stores and more than 10,000 bowls were sold during May.

An official at Caffé Bene said, “The unique and witted design of our Choco Devil Bingsu making use of the common interest of the soccer event seemed to attract favors and interests not only from Koreans but also from Americans.”

“Beside Choco Devil Bingsu, we will introduce more new menus to the overseas market to spread Korean café and dissert culture to the world,” he added. 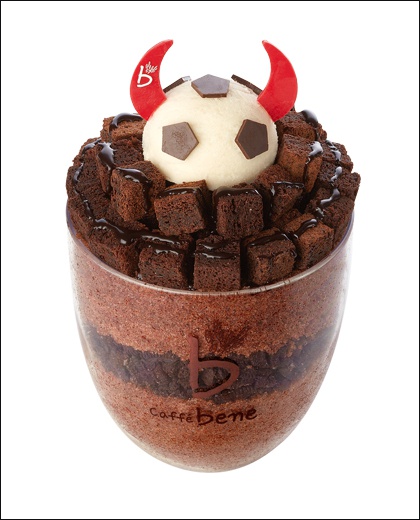