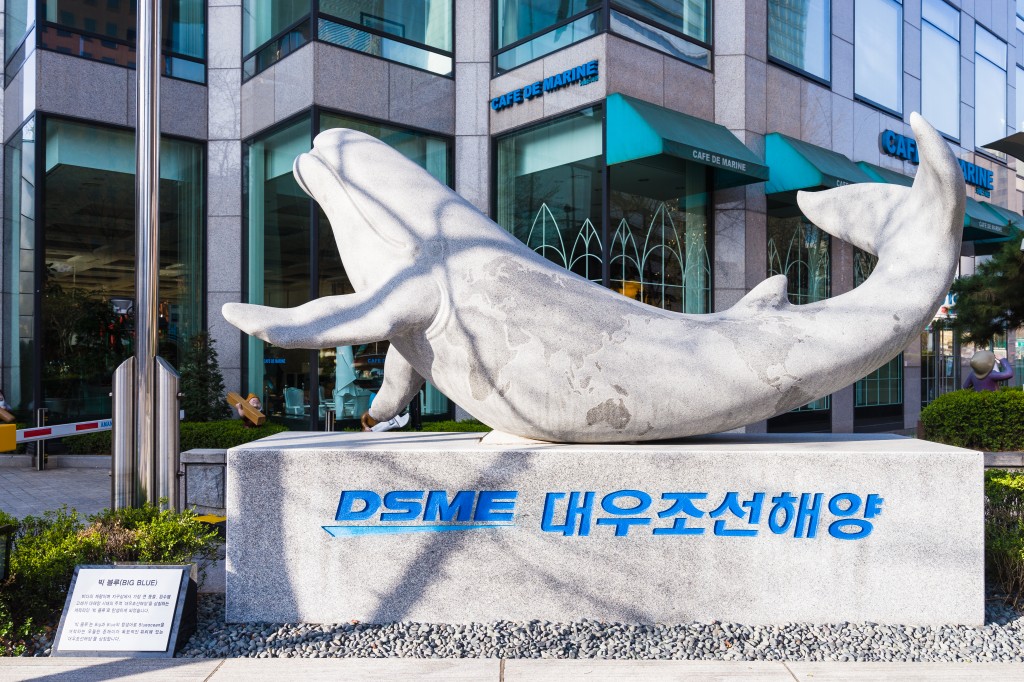 At the end of last year, the shipyard’s debt ratio stood at 7,000 percent, and its stock trading has been suspended since June. (image: Wikimedia)

Last month, the creditors, led by the state-run Korea Development Bank (KDB), decided to provide the financial aid, in the form of a debt-for-equity swap, to the ailing shipyard whose debts exceed assets amid mounting losses.

According to the sources, Daewoo Shipbuilding will hold a board meeting next week to approve the sale of a 1 trillion-won perpetual bond to the Export-Import Bank of Korea. The perpetual bond, which is counted as capital, will carry a maturity of 30 years, the sources said.

Earlier this week, the shipyard’s board room also decided to sell stocks to the KDB. The state-run lender will swap 1.8 trillion won of debt owed to the shipyard for its stocks.

At the end of last year, the shipyard’s debt ratio stood at 7,000 percent, and its stock trading has been suspended since June.

After the capital injection, its debt ratio will be reduced to 900 percent, the sources said.