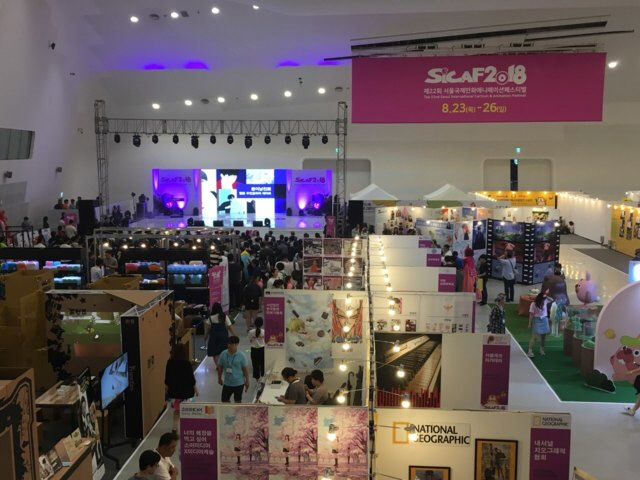 SEOUL, Jun. 17 (Korea Bizwire) — An international cartoon and animation festival will open in Seoul next month, showcasing the changing environment and paradigms of the industry, the event’s organizer said Monday.

The 23rd Seoul International Cartoon and Animation Festival (SICAF) will start July 17 for a five-day run at the Convention and Exhibition Center (COEX) in southern Seoul, the SICAF organizing committee said.

Under the theme of “Innovative Change,” 103 cartoons and animated films from 28 countries will be shown at this year’s SICAF.

The 3D animated feature film “Red Shoes and the Seven Dwarfs,” a modern retelling of “Snow White,” by Hong Sung-ho will open the festival.

For young fans and parents, 28 long-time popular films, including “Hello Carbot,” “Tayo the Little Bus” and “Anne of Green Gables,” will be screened during the festival.

For the official competition section, five films, including “Captain Morten and the Spider Queen” by Estonian director Kaspar Jancis and “Race Time” by Canada’s Benoit Godbout, have been invited.

At the same time, an exhibition of webtoons about pets, talk shows with famous webtoon artists, and costume shows of cartoon and animation characters will be held.