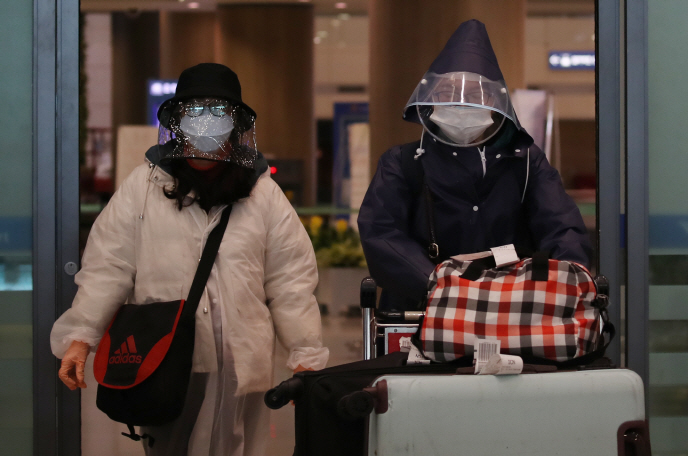 After peaking at 18,743 on Jan. 13, the number of Chinese entrants plunged around 94 percent to 1,093 on Thursday, according to the data announced by Korea Immigration Service Commissioner Cha Gyu-geun in a briefing.

Cha explained that the number of entrants has gradually fallen from around 5,350 on Feb. 4 to 870 — this year’s lowest figure — on Friday in the wake of the government’s entry restrictions.

Of these 870, 462 were Chinese nationals enrolled in local universities, while the remaining were mostly long-term residents based in South Korea.

The figures mark a sharp fall from last year, when 2,000 to 4,000 students would enter during this time of the year ahead of the new school year that starts in March, Cha explained.

The immigration service chief said that 327,110 Koreans arrived here from China in January, while 35,144 came here this month.

Earlier this month, the government temporarily banned the entry of all foreigners traveling via Hubei Province, China, and suspended a visa-free entry program in the southern resort island of Jeju.

At the same time, it has automatically extended permits for around 136,000 foreign nationals whose visas are set to expire to the end of April to minimize visits to the immigration office.

Education authorities in Seoul and Beijing have also agreed to advise South Korean and Chinese students studying in each other’s country to refrain from returning to school until the situation has stabilized.