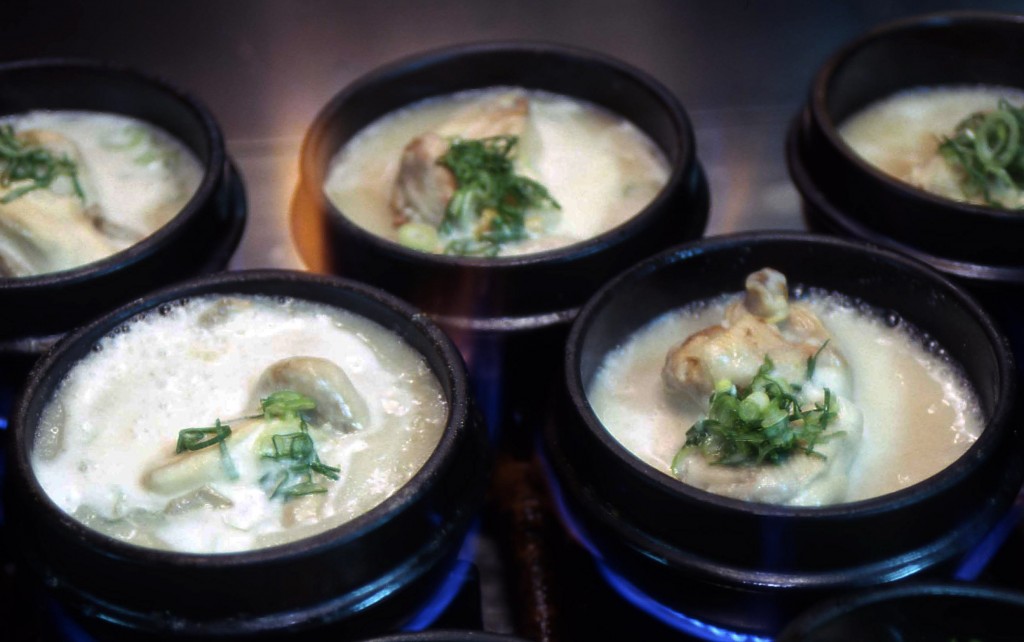 Samgyetang is considered to be extremely healthy as it contains Korean ginseng. It is also considered a favorite summertime dish among the vast majority of Koreans, who believe in the timeless principle of fighting heat with heat. (Image courtesy of Wikimedia Commons)

SEOUL, Nov. 1 (Korea Bizwire) –Visiting Chinese Premier Li Keqiang said Sunday he will recommend “samgyetang,” or South Korea’s ginseng chicken soup, to his people, a day after the neighbors agreed to draw up rules to pave the way for exporting the signature dish to China.

“I will recommend samgyetang to China through this visit … which will allow more (Chinese) people to enjoy this delicious food,” Li said in his congratulatory remarks during the closing ceremony of the 2015 China Visit Year in Seoul.

On Saturday, the two nations signed a memorandum of understanding that calls for setting quarantine conditions to allow the South’s exports of rice and the ginseng chicken soup to Beijing.

Seoul called for an agreement to be reached on rice six years ago and one for samgyetang nine years ago, according to the Agriculture Ministry.

Samgyetang is considered to be extremely healthy as it contains Korean ginseng. It is also considered a favorite summertime dish among the vast majority of Koreans, who believe in the timeless principle of fighting heat with heat.

Noting that he had “deep and candid” talks with President Park Geun-hye the previous day, China’s No. 2 official stressed the ever close relations between the two nations.

Citing the trilateral summit, which also involves Japan, under way in Seoul, Li also expressed hope that the meeting “will serve as a turning point for the three to be good neighbors that care for each others’ wounds” and the three agree to hold the regional summit on a regular basis.

Li arrived in Seoul on Saturday in his first trip to South Korea since taking office in 2013. During the summit, Park and Lee agreed to strengthen dialogue on North Korea’s nuclear weapons program and the potential unification of the two Koreas, among others, according to the presidential office Cheong Wa Dae.