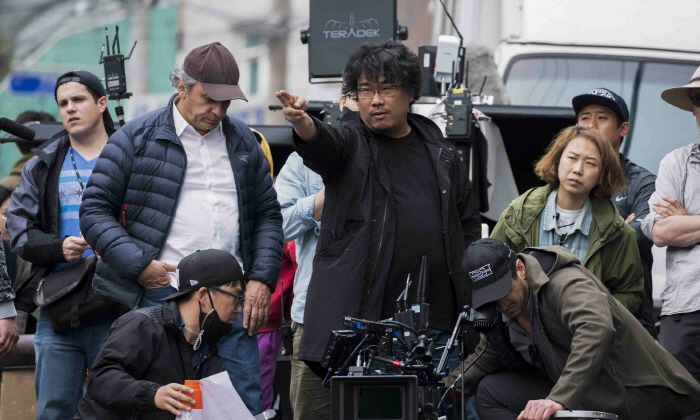 SEOUL, May 31 (Korea Bizwire) — Bong Joon-ho, director of “Parasite,” which won South Korea’s very first Palme d’Or at this year’s Cannes Film Festival, is also being recognized for signing standard labor contracts with each and every member of the production staff.

In the broadcasting industry in South Korea, only a few have signed standard labor contracts.

The contract lists the agreements made between the company and union on various working conditions including wages, means of payment, working hours, insurance, and overtime charges to prevent employees from extended working hours or other form of exploitation.

The Ministry of Culture, Sports and Tourism created a template for a standard labor contract in 2014, but new writers and staff are being prevented from signing it.

Most of them are freelancers who are still required to show up at the production company every day and work 40 hours a week, without any protection for payment or copyrights as well as basic welfare because they haven’t signed an official contract.

In July, a 52-hour workweek policy will also be implemented in the broadcasting industry.

Production companies, compelled by time to shoot dramas and variety shows day and night, are reluctant to sign contracts with their staff, resulting in an increasing number of cases where employees expose their arduous working conditions to the media.

“We have to adhere to the achievements of the movie, ‘Parasite’, and South Korean broadcasting companies should sign a standard labor contract with part-time freelancers and production staff to ensure their labor rights are protected,” said the Writer’s Union in a statement made on Tuesday.