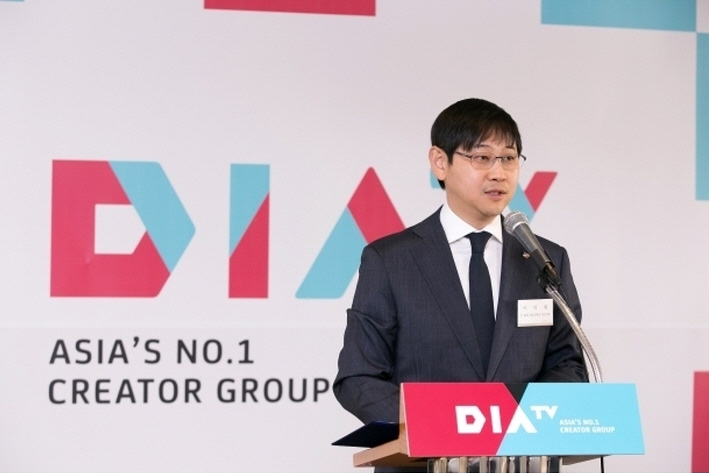 The company said it will expand its two-year-old Multi-Channel Network (MCN) service under the rechristened brand name, DIA TV, an acronym for Digital Influence & Artist TV, by discovering new earning sources, increasing the number of platforms and supporting content creators’ advance to the world stage.

Multi-channel networks are organizations that work with video platforms such as YouTube to offer assistance in areas such as product, programming, funding, cross-promotion, partner management and digital rights management in exchange for a percentage of the ad revenue from the channel.

The subsidiary of the food and entertainment conglomerate CJ began the MCN service for the first time in South Korea in July 2013 under the brand name “Creator Group” and is now working with 387 teams of content creators whose combined number of subscribers reach 22 million on YouTube.

The company unveiled a plan during a news conference at a Seoul hotel to further expand the business and increase the number of the partners to 2,000 teams by 2017.

“With the launch of the new brand, DIA TV, we’re going to exert all efforts to help each of the one-person content creators grow to be Asia’s No. 1, setting this year as another starting year of the MCN business,” Lee Deok-jae, head of the company’s broadcasting and contents business, told reporters.

For this, the company is under negotiations with other big online video-file sharing services such as China’s Youku (www.youku.com) and France’s Dailymotion (www.dailymotion.com) to further spread videos by its partners and help them earn more.

Content creators will come to receive more support from the company, according to the plan.

The company will broadcast programs for introducing Korean creators on its global cable TV service “Channel M” available in 10 Southeast Asian regions such as Singapore, Taiwan, Hong Kong and Thailand.

It is also considering building a network with leading MCN operators of other countries such as North America’s “Maker Studio,” “Fullscreen,” “CDS” and Japan’s “UUUM” so local creators can get necessary help when they want to make inroads into those countries.