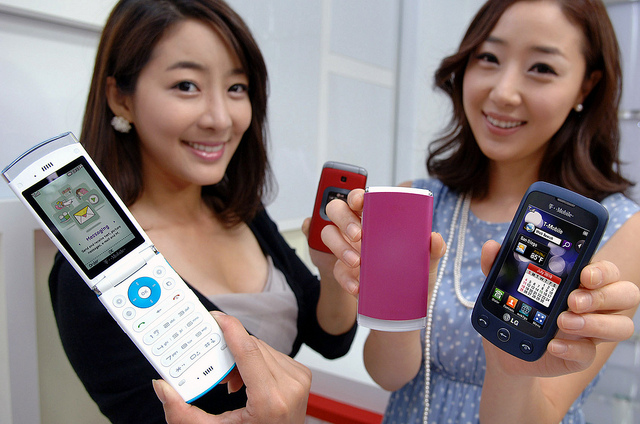 Flip phones, once considered obsolete due to the onslaught of ubiquitous smartphones, are still going strong. (image: LGEPR/flickr)

SEOUL, Korea, Mar 4 (Korea Bizwire) – Flip phones, once considered obsolete due to the onslaught of ubiquitous smartphones, are still going strong, because of the March back-to-school demand from students as well as the former smartphone users who went back to simpler mobile phones. According to industry sources on March 3, the share of conventional flip phones in total mobile devices sold by the three telecom service providers has doubled recently.

For example, the ratio of clamshell phones sold by SK Telecom hovered around 2 to 3 percent in total. But it shot up to 8.7 percent in January this year, followed by 8.8 percent in February. Comparing to 2.8 percent and 3.8 percent in November and December last year, these figures represent a rapid increase.

The flip phone models available at SK Telecom retail outlets include the Samsung Wise Modern II (manufacturer’s suggested retail price 451,000 won), Minimum Folder (297,000 won), and Wine Sherbet (264,000 won). For long-term contract customers for one or two years, the device prices are just above 100,000 won as they include the manufacturer’s device subsidy discount.

As to the reason for the increased adoption of old phone models, experts said it was largely due to parents who prefer to buy a phone with simple features for their children. A middle school teacher in Seoul said, “Recently I saw many instances where parents replaced their children’s smartphones with old mobile phones out of fear that the children might be addicted to smartphone games and chats.”