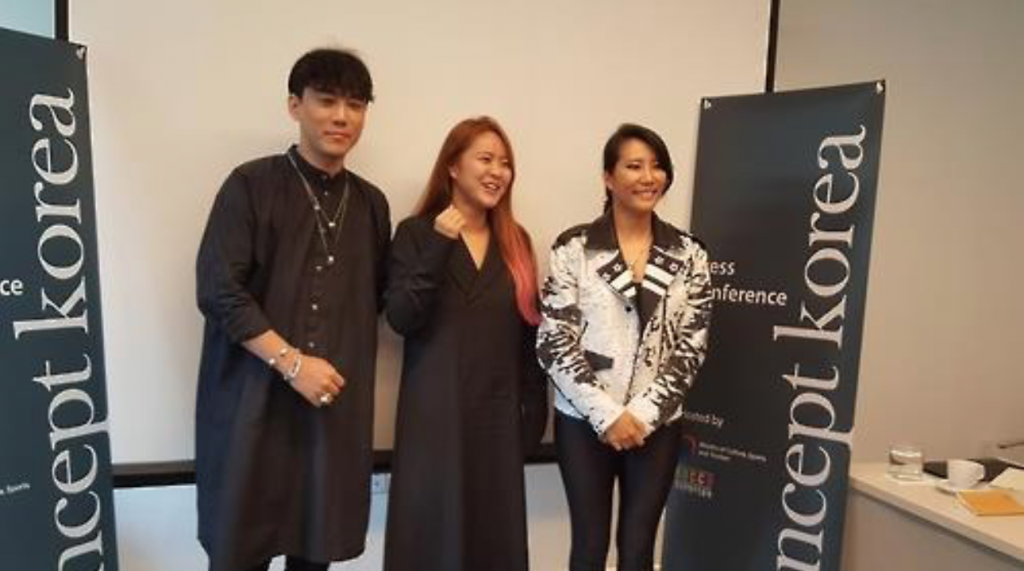 NEW YORK, Sept. 6 (Korea Bizwire) – A government-run Korean fashion event will be held in New York on Thursday, as part of efforts to promote Korean culture, its organizers said Monday in a press briefing.

Starting in 2010, “Concept Korea” fashion show, co-hosted by the Ministry of Culture, Sports and Tourism and the Korea Creative Content Agency (KOCCA), has taken place twice a year, in tandem with New York Fashion Week, in order to show collections by Korea’s popular fashion designers.

For the spring 2017 presentations, three womenswear designers have joined; Designer Kim Tae-geun from YOHANIX, who will appear in the same event twice in a row, will feature his latest clothes and Kim Hee-jin from KIMMY.J and Park Yoon-hee from GREEDILOUS will also introduce their individual styles.

Kim Tae-geun told reporters during the briefing that his appearance at the previous event boosted sales of his clothing, showing his expectations for the upcoming event to help promote the brand further.

The New York Orchestras Entertainment will perform during the runway show and K-pop will be played for the finale.

KOCCA will help introduce the participating brands to New York fashion industry insiders and provide marketing support. The attending brands will get business opportunities, including setting up a pop-up store in Hong Kong’s PMQ for one month starting Dec. 9.

“The event will feel different as models catwalk to the tune played by a local orchestra. We hope to make the presence of Korean fashion felt in New York,” KOCCA President & CEO Song Sung-gak said.