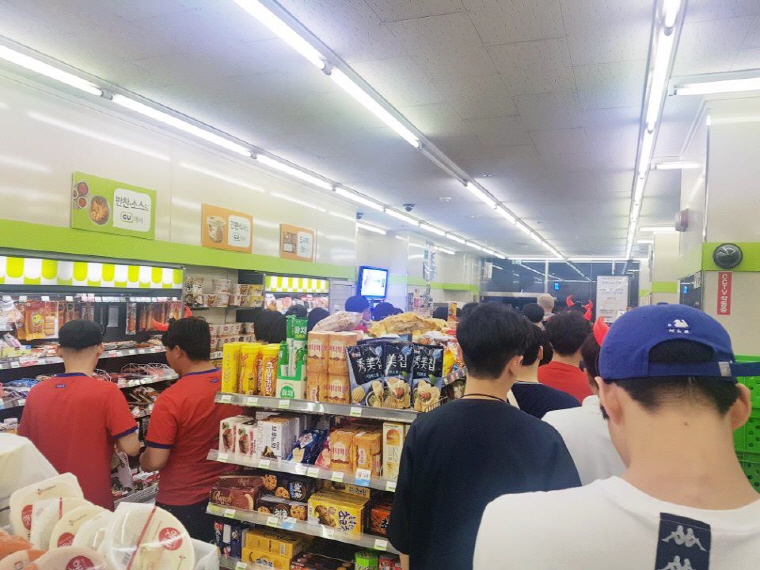 SEOUL, Jun. 19 (Korea Bizwire) — Local convenience stores saw their sales jump as tens of thousands of South Koreans took to the streets to cheer on their national football team in the first game of its World Cup campaign, retailers here said Tuesday.

Sales of beer surged 124.8 percent, with revenue from ice cream and water jumping 121.9 percent and 120.2 percent, respectively, from the previous week during the cited period, it said.

Police estimated some 17,000 fans joined the mass street cheering in Seoul’s Gwanghwamun Square. Another 6,000 fans are estimated to have gathered at Seoul Plaza in front of City Hall.

South Korea fell to Sweden 1-0. Its next game, against Mexico, will take place in Rostov-on-Don on Saturday.