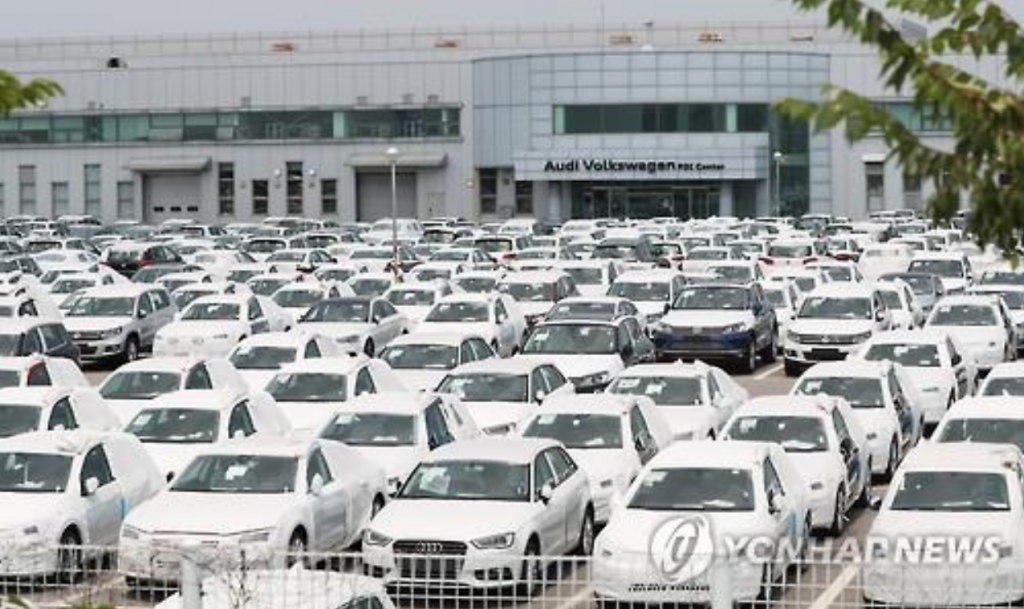 The total number of Audi and Volkswagen vehicles, whose certifications have been canceled so far, is 209,000, some 68 percent of more than 300,000 cars that the automaker has sold here from 2007 onwards. (image: Yonhap)

SEOUL, Aug. 2 (Korea Bizwire) – South Korea’s government on Tuesday banned sales and revoked the certifications of 80 vehicle models of Audi Volkswagen Korea, which has been suspected of obtaining permission to sell cars here by fabricating reports.

Under the administrative measure, the Ministry of Environment separately slapped the German automaker with fines of 17.8 billion won (US$16 million) for 47 models that are thought to have passed the local authentication process by cheating on gas emissions tests.

The punitive measure was announced after an extensive probe into the company over the allegations that it obtained approval from the local authorities with faked reports on noise level, fuel efficiency and emissions results.

The number of vehicles subject to the administrative measure is 83,000. The vehicles are those that the automaker sold in South Korea between 2009 and July 25 this year, Seoul officials explained.

The total number of Audi and Volkswagen vehicles, whose certifications have been canceled so far, is 209,000, some 68 percent of more than 300,000 cars that the automaker has sold here from 2007 onwards.

The environment ministry said that its actions will not affect the users of the models subject to the measure, and that the drivers will not have any restrictions in the selling of their vehicles.

In January, the ministry filed a complaint with the prosecution, claiming that the local unit of the German carmaker violated the Clean Air Conservation Act by cheating on gas emissions tests.

During its probe into the scandal, the investigators found evidence showing that the automaker doctored reports to gain permission for the sale of its cars here. Early last month, the investigators notified the ministry of its investigation results.