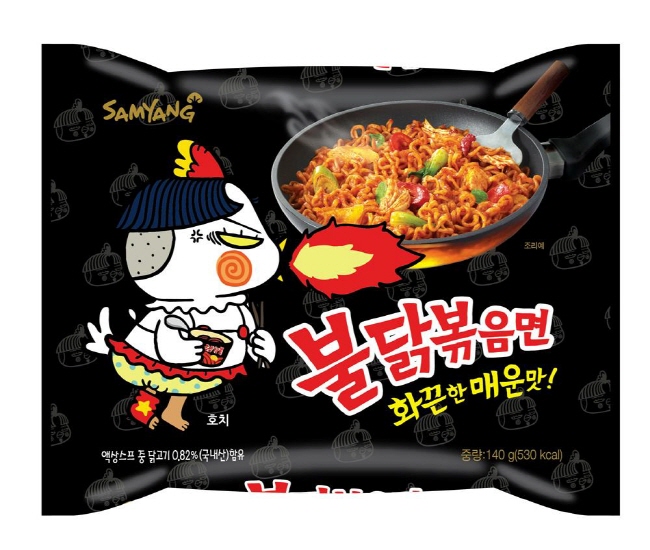 Samyang Foods plans to carry out local promotion strategies using social media, including YouTube, to compete with the ‘me too’ product. (image: Samyang Foods Co.)

SEOUL, Aug. 26 (Korea Bizwire) — The worldwide popularity of Korean spicy food led by Samyang Foods Co.’s Spicy Chicken Ramen is encouraging foreign companies to come up with ‘me too’ products.

The new product imitates the chewy and spicy qualities of Korean noodles, with a Korean slogan that says ‘Korean Spicy Chicken’ on the cover, making it clear that it is a ‘me too’ product.

By emphasizing the fact that it’s been made after a Korean product, it encourages consumption of Korea’s unique spicy flavor.

While some argue that ‘me too’ products spreading across the market may help boost sales of original Korean products since consumers prefer original goods, others claim that Mie Sedaap’s monopoly over manufacturing and distribution in Indonesia may hurt Korean businesses in the short term.

The introduction of a ‘me too’ product in one of Korea’s most strategic markets for noodles is a sign that Korean businesses need to better engage with the market.

Samyang Foods plans to carry out local promotion strategies using social media, including YouTube, to compete with the ‘me too’ product.

There are also ‘me too’ products in the Thai market. Nissin Food Products Co. has been manufacturing Geki ramen in Thailand since 2017, which is similar to Samyang’s Spicy Chicken Ramen.

On the package, it says ‘Korean Spicy Chicken Flavor’ in Korean letters. Each package sells for one-fourth of the price of Samyang’s Spicy Chicken Ramen since they are made locally.

Experts expect that there will be more ‘me too’ products in the long run as the ‘Korean spicy’ flavor continues to gain popularity.

“All ‘me too’ products manufactured locally taste like something very unlike our Spicy Chicken Ramen, so we plan to create more opportunities for local consumers to try out our product,” said Samyang Foods.