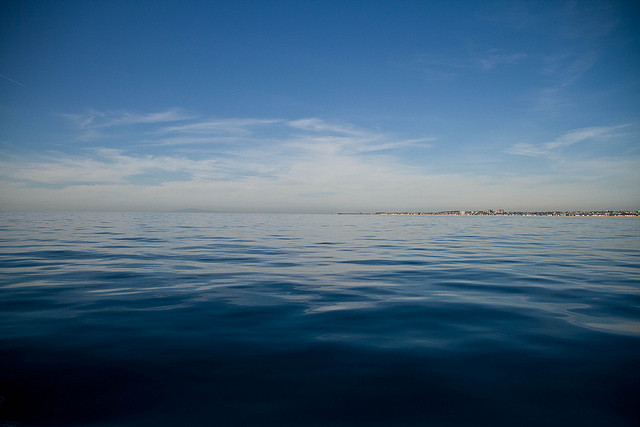 Considering the massive interest in health and well-being foods, it is highly expected that the industry will develop and sell food products using deep-sea water, focusing on healthy ingredients and functionality. (image: Emrys Roberts/flickr)

SEOUL, Jan. 28 (Korea Bizwire) – Deep-sea water is full of various natural minerals contributing to good health, with high antioxidative activity and even the potential to add flavor to food. Now, the versatile water can be used in food products, and is rising as a blue chip prospect in the food industry.

Considering the massive interest in health and well-being foods, it is highly expected that the industry will develop and sell food products using deep-sea water, focusing on healthy ingredients and functionality.

According to the Ministry of Ocean and Fisheries, deep-sea water, pumped from more than 200 meters below sea level, was greatly anticipated as “new generation well-being water” but could not be utilized due to the absence of standards related to food usage. Currently, it is available as drinking water, and in six food products including tofu, kimchi, salted foods and traditional Korean sauces.

To expand usage of the water, the ministry, in collaboration with the Ministry of Food and Drug Safety, prepared standards for processed deep-sea water over a period of three years and made a formal announcement on January 27. 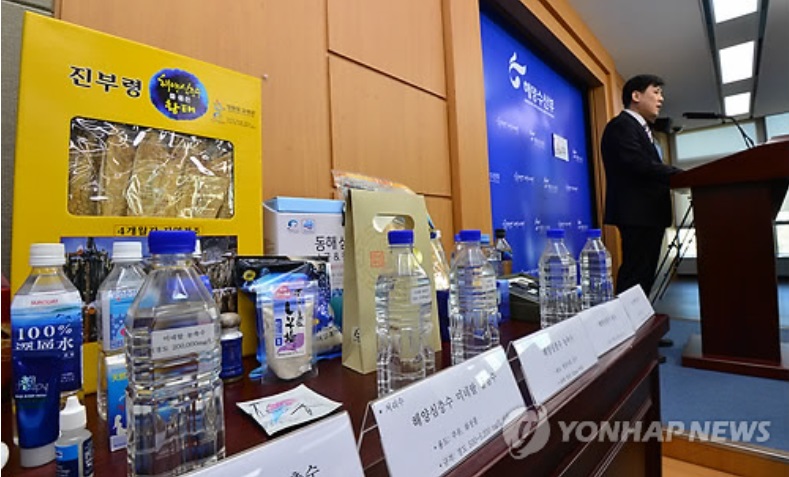 Mineral enriched water, made by raising the content of calcium and magnesium, can be used as an ingredient in liquor like beer and soju. (image courtesy of Yonhap)

According to the announcement, among the types of processed deep-sea water, desalinated water that has a reduced salt content can be used in coffee, drinking soda, yogurt and snacks and to enhance the healthy functions and tastes of products.

Mineral enriched water, made by raising the content of calcium and magnesium, can be used as an ingredient in liquor like beer and soju. If the water is used in food containing processed wheat or grain, it could contribute to an increased consumption of grains.

In addition, if saline enriched water is used to make gochujang (chili pepper paste) or doenjang (soybean paste), it could improve their flavor, and could be used as an alternative to chemically made salt.

In the U.S. and Japan, various foods utilizing the water are already being sold. In Japan, Asahi beer is made with deep-sea water, and the company has grown into the largest beer-maker in the country. In the U.S., the water is actively used to make health food that benefit from its rich minerals.

Along with its use in food, deep-sea water with a temperature lower than 3℃ can be used in air conditioning. Cooling systems using the water are known to offer a 60 percent reduction in energy usage compared to existing solutions, and related technologies are now under development.

An official at the maritime ministry said, “To improve the maritime industry, growth of new industries like the deep-sea water business is essential. The government will actively invest in the related sectors to build up the business.”