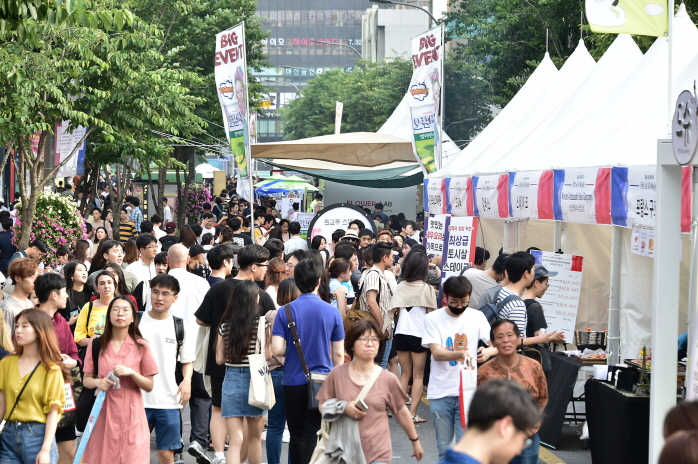 SEOUL, Jun. 18 (Korea Bizwire) — A central Seoul road around the French Embassy will be given an honorary street name that contains the word “France,” officials said Tuesday.

Seoul’s Seodaemun Ward Office said a road surrounding the French Embassy compound, located within its jurisdiction, will be honorarily named “France-ro” in a proclamation ceremony Friday. “Ro” is a Korean word that means road.

It will be the first time the Seoul ward has proclaimed an honorary street name.

France-ro, about 300 meters long, goes from the road in front of the French Embassy to Exit 9 of Chungjeongno Station on Subway Line 5 via Seosomun-ro, according to ward officials.

The Seodaemun Ward Office plans to install tourist street signs on France-ro and attach a France-ro nameplate to buildings along the street, they said.

The proclamation ceremony will be held in front of the embassy and celebratory performances and markets will be held at 11 locations, including nearby restaurants, cafes and workshops, they added.

The ward office will also organize a “French street music festival” on Yonsei-ro in the Sinchon neighborhood this weekend, featuring performances by South Korean and French musicians and food markets.