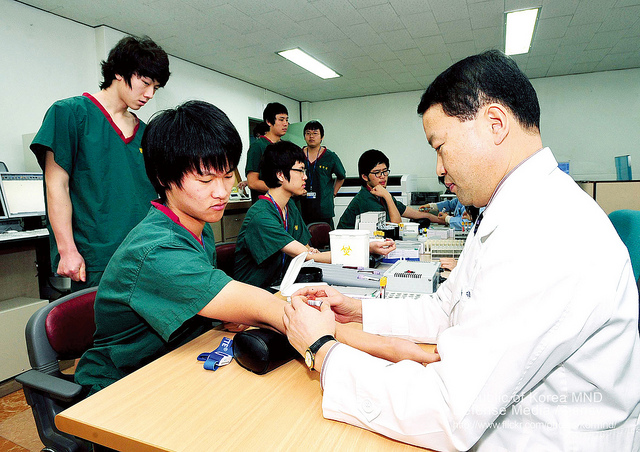 The Ministry of National Defense of Korea announced that it was contemplating a measure to block patients with mental diseases from active service in the military. (image: Republic of Korea Armed Forces/flickr)

SEOUL, Dec. 8 (Korea Bizwire) – As accidents caused by mentally ill soldiers increase in the military barracks, the Korean defense ministry plans to lower the military exemption standards for psychiatric patents to six months of treatment from the current standard of more than one year.

On December 7, the Ministry of National Defense of Korea announced that it was contemplating a measure to block patients with mental diseases from active service in the military. It is expected that the ministry will actively ban psychiatric patients from serving in the military.

The ministry has made a pre-announcement of the amendment of the “Rules for Physical Check-up for Conscription”, to phase-in the exemption criteria for mentally ill patients from December 5 to January 14. An official at the ministry said, “The revision of the rule aims to soften the exemption criteria at the physical check-up to six months of treatment from at least one year for mental patients.”

According to the ministry, the number of active soldiers who are being treated by psychiatrists continues to increase, from 30,000 cases in 2009 to almost 40,000 cases in 2013.

Last June, a soldier killed 12 colleagues in a barracks. The soldier had mental problems as a high school student, caused by bullying from his classmates, and even received treatment from psychiatrists. But he could not get any help during his military service. By lowering the bar, the ministry hopes to reduce acts of violence committed by soldiers with mental disorders.

Meanwhile, in order to prevent draftees from submitting false medical records, the ministry will consider a measure to verify their status guaranteed by medical institutes with radiology doctors.

In addition, the ministry plans to exempt those with high refractive error vision impairment and with leukoplakia from active military service.