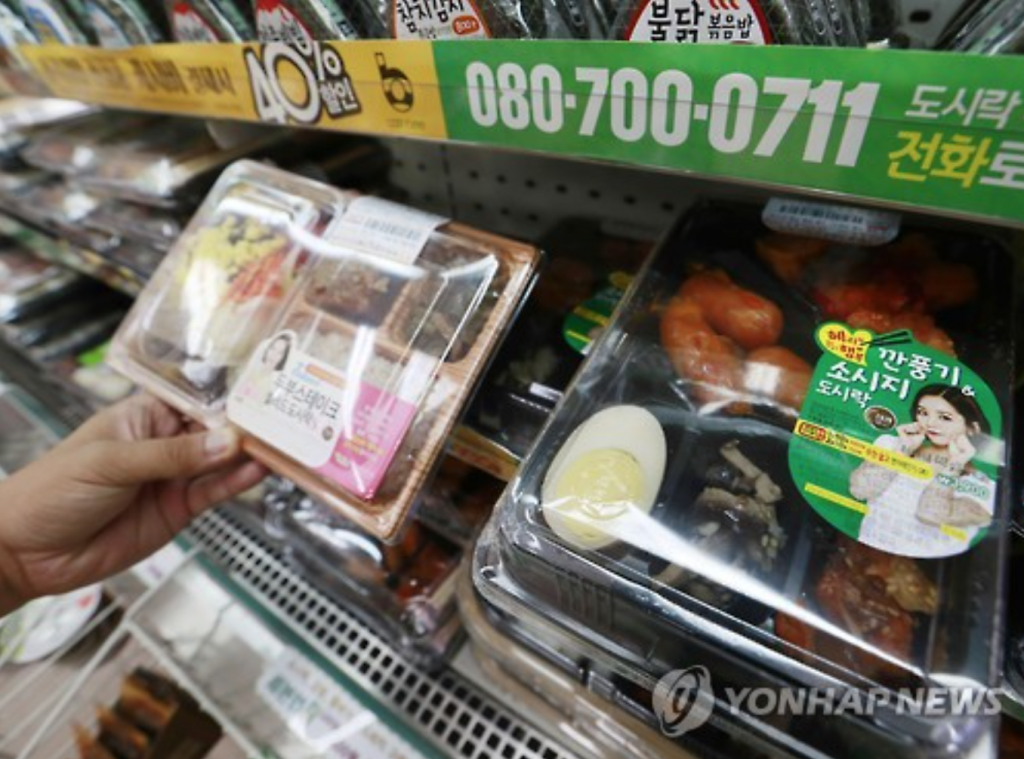 The popularity of the first type of convenience food was largely driven by lunch boxes sold at convenience stores, the quality and the diversity of which has improved significantly in recent years. (image: Yonhap)

SEOUL, Feb. 6 (Korea Bizwire) – The rise of single-person households and working couples has led to remarkable growth in the convenience food market in the past five years, with soaring demand for convenience store lunch boxes, ready-to-eat packaged fruit, and other forms of food products promising to help make life easier for busy modern-day Koreans.

According to a recent report on the processed food industry by the Korea Agro-Fisheries & Food Trade Corporation, the Korean market for convenience food was valued at 1.67 trillion won ($1.46 billion) in 2015, growing by 51.1 percent from 1.11 trillion won in 2011.

The corporation categorized convenience food into three major types – food that can be consumed on the spot with no additional cooking, like lunch boxes or gimbap; food that needs to be heated or warmed up; and healthier alternatives like agricultural produce that simply requires a quick wash or a bit of dicing.

The market shares for the three types were 59.3 percent, 34.9 percent, and 5.7 percent, respectively, the report said.

The popularity of the first type of convenience food was largely driven by lunch boxes sold at convenience stores, the quality and the diversity of which has improved significantly in recent years.

The second type is what most would refer to as microwave food, and it’s also a market that is also growing quickly, more than doubling from 2011 to 2015. Improvements in processing, packaging, and storing technologies have resulted in a greater variety of options for consumers to choose from, researchers said.

Men were more frequent buyers of such products than women, while they were more popular among 40-somethings than those in their 20s and 30s, those married than singles, and single-person households compared to multi-person ones.

The market for healthy convenience foods grew by 59.1 percent over the five-year period (2011 – 2015) to 95.9 billion won, in line with increasing health awareness among Korean consumers.

Although the market was largely dominated by packaged salad to begin with, there is now high demand and supply for other food varieties as well, such as chicken breasts, nuts, and cheese, given their short preparation time and single-serving packaging.

Officials noted that the despite the global market for convenience foods shrinking by 9.6 percent over the past five years, and markets in Japan and Europe reaching maturity, demand in Korea continues to gather momentum, with the government planning to encourage future growth by setting up related consulting bodies and offering support for R&D.