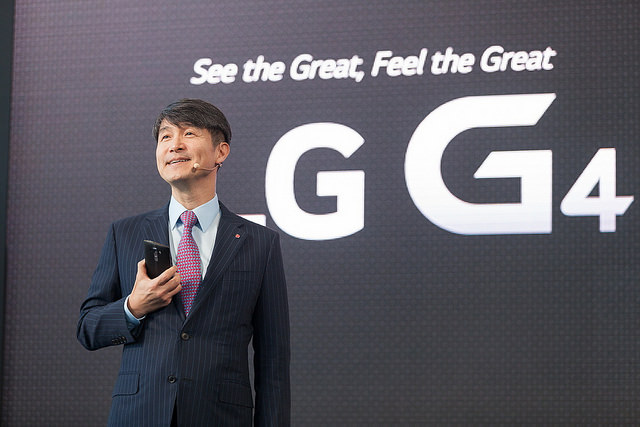 The G4 comes with the same 5.5-inch in-plane switching (IPS) QHD display as that of its older sister, the G3, and a Qualcomm Snapdragon 808 Processor with X10 LTE, and runs on Google Inc.’s Android 5.1 Lollipop. (image: LG Electronics)

The G4 comes with the same 5.5-inch in-plane switching (IPS) QHD display as that of its older sister, the G3, and a Qualcomm Snapdragon 808 Processor with X10 LTE, and runs on Google’s Android 5.1 Lollipop.

LG held the showcase event in six countries around the globe, including the United States and France. The G4 is expected to reach 180 mobile carriers around the world. The local price tag for the model stands at 825,000 won (US$769.88).

Other specifications also came in line with earlier spoilers. Detailed specifications were leaked through its official website earlier this month in an apparent mistake.

It also comes with a 3,000 mAh battery that can be removed from the smartphone, unlike the Galaxy S6, which comes with a built-in one. As the G4 also allows users to insert micro secure digital (SD) memory cards to expand data capacity, while the new Galaxy doesn’t, the smartphone is set to attract users unfamiliar with Samsung’s groundbreaking changes.

As promoted prior to the release, the G4 also comes with a camera whose performance is equal to that of a digital single-lens reflex (DSLR) camera. Its performance stands at 16-megapixel.

The F1.8 aperture camera hovers above the aperture rate of 1.9 for Samsung’s Galaxy S6 and 2.2 for Apple Inc.’s iPhone 6, industry watchers said. A lower number indicates better performance in a dark environment.

The device also comes with an 8-megapixel front camera for selfies, which outshines the Galaxy S6′s 5-megapixel one.

Another significant feature of the G4 is its leather case, different from the metal body adopted by the Galaxy S6. LG said it takes around three months to produce the leather cases for the G4.

The G4 will come in three colors — black, brown and blue — which will come with leather cases, along with two other versions, namely “metallic gray” and “ceramic white.”

The company said it expects to ship 12 million units of the G4 around the globe, which is 20 percent higher than the performance of the G3.

With the G4 smartphone, LG is set to wedge itself in the jampacked competition between Samsung and Apple, which have been wrangling to take a larger slice of the high-end market via the Galaxy S6 and iPhone 6.

In terms of sales volume, Samsung took up 27.8 percent of the global smartphone market in the January-March period, up from 24.7 percent three months earlier, according to the data by market tracker TrendForce. LG moved a notch up to become the fourth player at 6.3 percent. 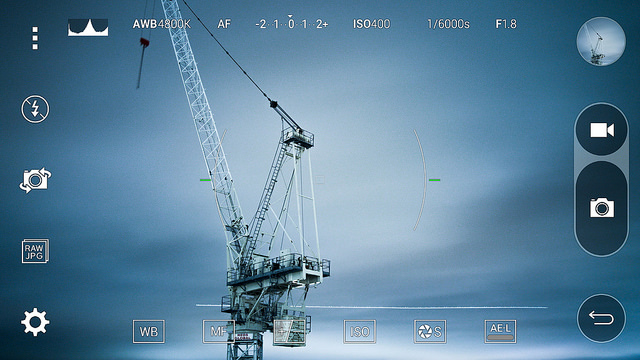