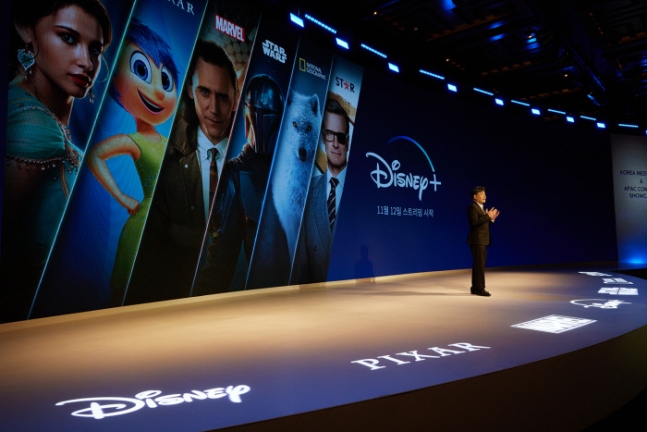 Walter Disney Company Korea CEO Oh Sang-ho speaks during an Asia-Pacific content showcase of streaming service Disney+ in Seoul on Oct. 14, 2021, in this photo released by the company.

Experts believe that popular films and series overseas are no match for proper South Korean original content in order to succeed in the market.

Also, Disney+’s flagship content is failing to cater to the interest of local viewers.

For one, South Korea is one of the countries with the lowest interest in the Star Wars series, which happens to be one of Disney+’s most popular offerings.

“Star Wars: The Rise of Skywalker,” released in 2019, generated more than US$1 billion in revenue across the globe. In South Korea, however, the movie was watched only by 500,000 viewers.

“Streaming platforms other than Netflix are currently in their initial stage of investment, so we need at least three years to make a proper assessment,” an industry source said.