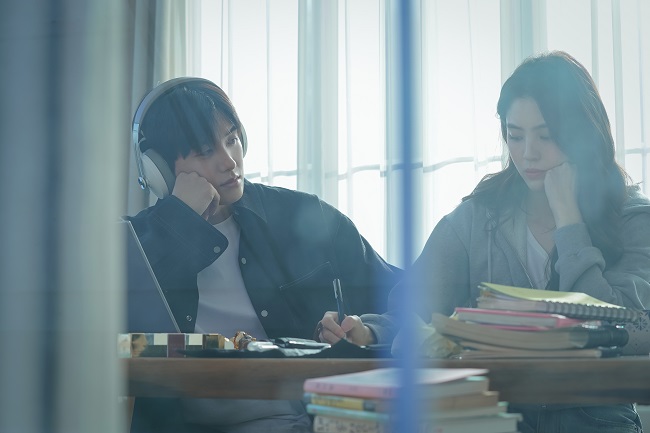 This image provided by Disney+ shows a scene from “Soundtrack #1.”

The service said its original variety show “The Zone: Survival Mission,” a survival game show hosted by Yoo Jae-suk, Lee Kwang-soo and Yuri of Girls’ Generation, is on the top of its 2022 lineup, which also will be available in Asian Pacific nations.

In different themed rooms and virtual spaces, the three hosts have to overcome and survive the unexpected in order to win.

“Soundtrack #1,” a music-centered romantic drama starring Park Hyung-sik and Han So-hee, will be released within this month, while “Big Mouth,” a thriller with Lee Jong-suk and Lim Yoon-a in leading roles, will be streamed simultaneously on local cable channel tvN.

The company said the big-budget action hero series “Moving,” based on the namesake webtoon by Kang Full, and the thriller “King of Savvy” are also on its 2022 program.

Disney+ started its Korean business last November, becoming the fifth-biggest player in the Netflix-led market with some 1 million weekly users.

It has released several Korean-language series and variety shows, including “Grid,” “Snowdrop,” Rookie Cops” and “Outrun by Running Man” since its launch.