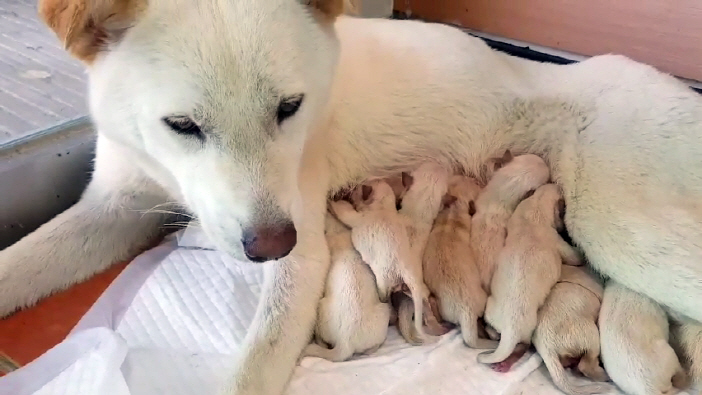 The Korea Alliance for the Prevention of Cruelty to Animals said the dog, rescued from Gupo Dog Meat Market early this month, gave birth to the puppies at the Gyeongju Protection Facility on Sunday.

The dog is now taking care of seven puppies after four of them died due to health complications.

The rescued dog is one of 80 dogs rescued from the Gupo market last month after Busan city government, animal groups, and dog meat store owners agreed to shut down the market entirely. 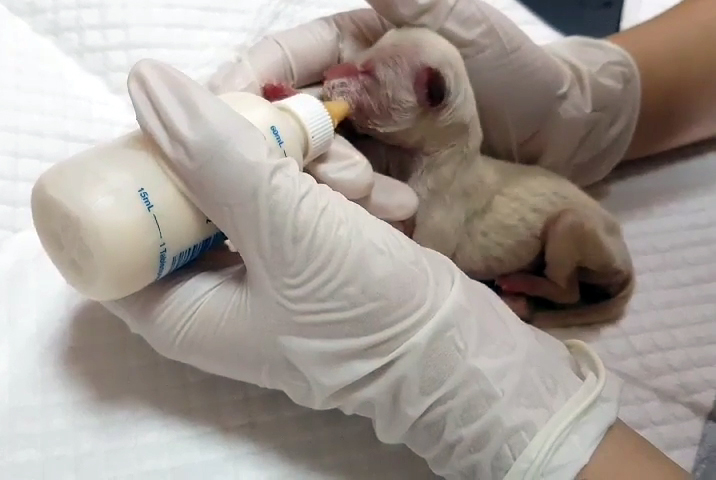 The dog was pregnant at the time of the rescue, and was about to be slaughtered had there been no shutdown.

The rescued dogs have since been transferred to a private protection facility in Gyeongju, North Gyeongsang Province, and are awaiting adoption overseas. 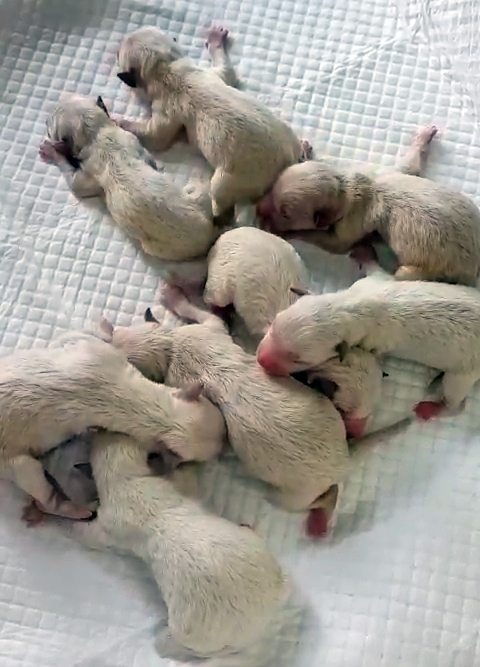 Image Credit: Korea Alliance for the Prevention of Cruelty to Animals  / photonews@koreabizwire.com