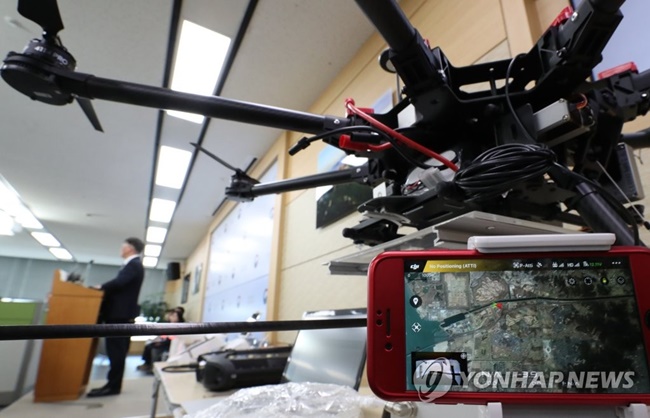 The National Institute of Environmental Research from the Ministry of Environment trialed drones and vehicles equipped with air quality monitoring systems early Wednesday in industrial areas.

A number of high-risk areas in Seoul were selected, where average fine dust levels stood at 56 micrograms per cubic meter over the last three years, much higher than the national average figure of 45.7, in part due to local furniture and textile manufacturers.

Using drones with equipped with video cameras and air quality sensors and vehicles with air quality monitoring systems, the research center was able to track down the sources of air pollution both on the ground and in the sky.

Drones were deployed with air pollution monitoring sensors, measuring the air quality of the South Korean capital in real time, identifying sources of air pollutants and filming evidence of illegal acts that could be harmful to air quality such as illegal incineration.

Prior to the trial run today, the environment ministry launched a similar operation with drones late last month in an area known for furniture manufacturing plants in Gyeonggi Province.

During the crackdown, six out of the 85 factories accused of engaging in illegal activities were reported for two cases of illegal incineration of industrial waste and another two cases of making use of unlicensed incinerators.

With the help of the latest technology, the Ministry of Environment is hopeful that a small number of staff will be able to monitor industrial emissions of air pollutants more effectively and accurately. 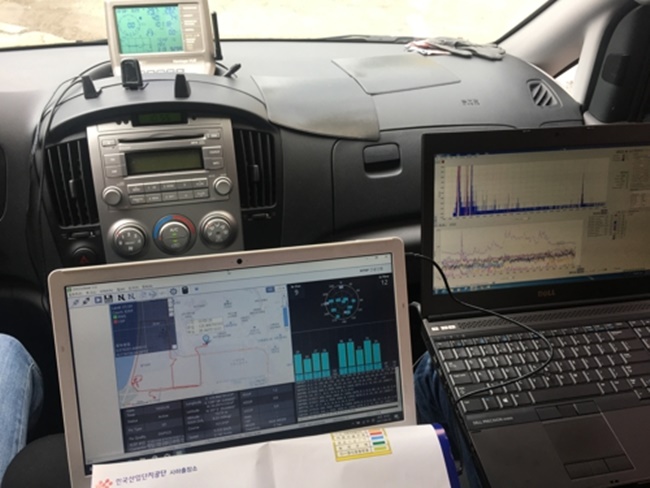 “We plan to set out guidelines for drones and vehicles with air quality monitoring systems, and expand their use across the country to leave no factories in the blind spot,” said Kim Jong-ryul, the director of the Biological Diversity Division at the Ministry of Environment.

Nearly 57,500 businesses emitted air pollutants as of late 2016, according to government data, with 9 in 10 emitting less than 10 tons per year.

One thought on “Drones to Monitor Air Pollution Emissions”