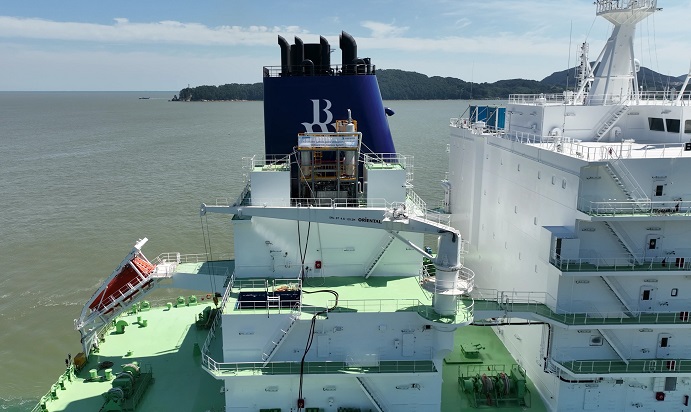 The new system has been tested on a liquefied natural gas (LNG) carrier and is expected to help reduce greenhouse gas emissions, DSME said.

An OCCS system allows the capture and storage of CO2 on board before releasing it safely after making a port call.

The shipyard has been working with Hi Air Korea Co., a local ship equipment maker, to develop an OCCS unit since 2020.

In June, DSME signed a deal with Greek shipper GasLog and the American Bureau of Shipping (ABS) to conduct a joint study on ways of installing OCCS units on LNG carriers to be built by DSME.

ABS, the American maritime classification society, will be tasked with coming up with overall rules related with the development of an OCCS unit and overseeing the process for obtaining “approval in principle” from relevant authorities.

Last year, DSME, the world’s No. 4 shipyard by order backlog, inked a deal with GasLog to build four LNG carriers, which will be equipped with DSME’s OCCS unit and delivered by 2024.