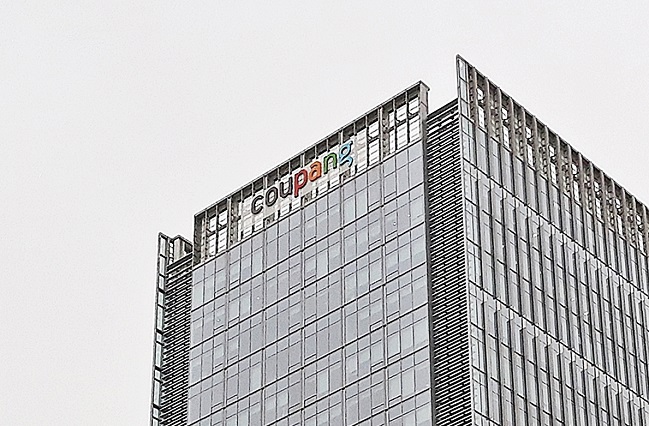 Its operating loss stood at US$205.7 million in the January-March period, down 23 percent from a year earlier, the New York-listed e-commerce behemoth said in a regulatory filing.

The drastic improvement came as its sales reached a quarterly high in the three-month period amid a global economic recovery from the fallout of the coronavirus pandemic.

Coupang’s top line amounted to $5.12 billion in the first quarter, up 32 percent from a year earlier and an all-time high for a quarter. The previous quarterly sales record was $5.08 billion registered in the fourth quarter of 2021.

“Coupang’s sales growth was two times more than that for the domestic e-commerce market in the first quarter,” the company said. “The reduced loss resulted from its efforts to improve profitability.”

The e-commerce titan stressed the company’s adjusted earnings before interest, tax, depreciation and amortization (EBITDA) for its product commerce division, including an ultra-fast delivery service called “Rocket Delivery,” reached $2.87 million, the first black ink in its history and compared with a deficit of $69.28 million a year earlier.

Its overall EBITDA thus posted a deficit of $91 million for the first quarter, down sharply from a red ink of $133 million a year earlier.

Coupang said the company was able to raise its profit ratio through the improvement and automation of various processes, coupled with the optimization of its supply network.

Coupang said its active customers, or those who have bought goods through the company at least once in the first quarter, came in at 18.11 million in the first three months of the year, up 13 percent from a year ago.

Spending per active customer amounted to $283, up 8 percent from the same period a year earlier.

Sales from its new business areas, including online food platform Coupang Eats, came to $181 million, up a whopping 65 percent from a year earlier, the company added.

Shares in Coupang ended at $9.67 on the New York Stock Exchange on Wednesday, down 8.6 percent from the previous session, but were bullish in after-hours trading. Coupang’s results were announced after the market closed.

In March last year, Coupang made its landmark debut on the New York stock market as part of efforts to expand its global presence.