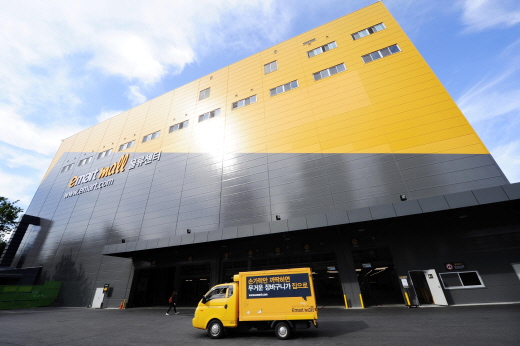 The center will be responsible for delivery services of 15 E-Mart stores in the Seoul metropolitan area and its southern outskirts.(image:E-Mart)

SEOUL, Sep. 24 (Korea Bizwire) – Korea’s major retailer E-Mart has begun operations of “Bojeong Logistics Center” in Bojeong-dong in the city of Yongin, south of Seoul. This is the first all-automatic order fulfillment center in Asia. With this new facility, customers of E-Mart online shopping mall will be able to receive packages faster and more precisely.

The four-story building in a 14,600-square-meter site is equipped with 168 automated shuttles, high-speed shipment chutes, and cold-chain systems, all linked with a dense network of conveyor belts. The center will be responsible for delivery services of 15 E-Mart stores in the Seoul metropolitan area and its southern outskirts. 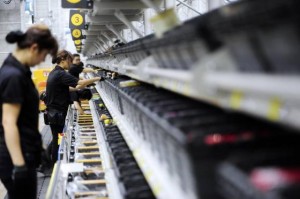 This is the first all-automatic order fulfillment center in Asia.(image:E-Mart)

Once the customer places an online order, the automated shuttle moving at the speed of 200 meters a minute picks up the merchandise and drops it in front of the packers whose only job is putting the goods in the box after counting the number of goods.

The average time it takes for an item to be shipped is 40 minutes. Kim Yeon-seop, the head of E-Mart SCM unit, said, “At Bojeong Center, as many as 1,200 orders can be fulfilled in an hour, which is five times faster than the conventional order fulfilling process.”

E-Mart is currently building a second logistics center in Gimpo in western Seoul. Once it is up and running, it will be able to handle three times more goods than Bojeong Center does. It will be followed by a third fully automated center in Seoul’s Jangan-dong within two years. By 2020, E-Mart plans to establish six such centers, with a total of E-Mart online mall sales revenue at 4.2 trillion won (US$4.04 billion). The fourth to sixth logistics centers will be set up in Hanam, Gunpo, and Euijeongbu (all in the outskirts of Seoul).