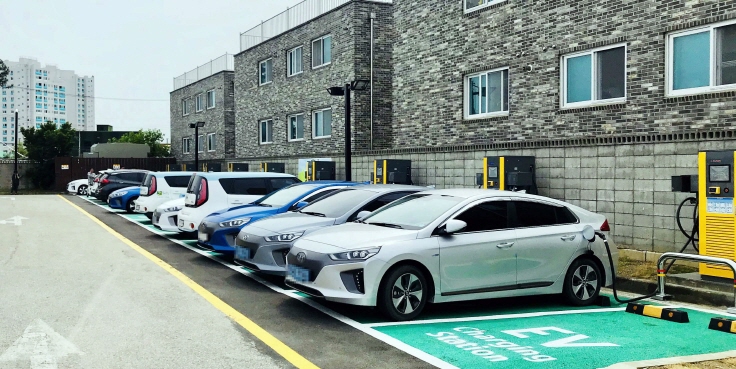 SEOUL, Jul 2. (Korea Bizwire) — The hypermarket giant E-Mart announced today that it is planning to install charging stations for electric car use at all of its outlets nationwide by 2021.

The stations can accommodate many cars at any given time. Starting this October, E-Mart will be expanding the number of charging stations by 30 every year so that by 2021, the total number of stations within its overarching Shinsegae Group will reach 1,100 including the 140-some stations installed on the premises of its E-Mart stores.

The multi-car charging stations will be able to accommodate a total of 18 cars that can be fully charged within 40 minutes at 100kWh, making them the fastest chargers in the nation.

A new payment system that automatically recognizes the driver’s Hi Pass payment card number will make payment easy without requiring the driver to take out his or her credit card.