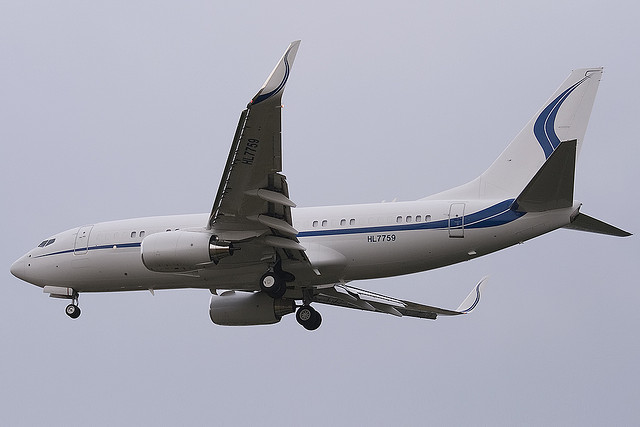 SEOUL, Nov. 28 (Korea Bizwire) – After the 2-trillion won (US$1.8 billion) deal that sent its chemical and defense subsidiaries (including Samsung Techwin) to Hanhwa Group, Samsung plans to repurchase its business jets, which are currently under Techwin’s management.

Hanwha’s acquisition of Samsung Techwin made industry watchers curious about the disposal of the Samsung Group business jets, as the defense industry company has been operating South Korea’s largest business group’s jets and helicopters.

According to sources within the industry, Hanwha is expected to resell the jets and helicopters to Samsung after the completion of the M&A procedures. The re-sale will also include Samsung Techwin’s 16.67 percent share of Samsung Venture Investment.

Hanwha will transfer the assets to Samsung in terms of their net asset value, while taxes to be imposed in the deal will be covered by Samsung.

According to the Ministry of Land, Infrastructure and Transport, Samsung has registered eight aircrafts, including three business jets and five helicopters, in the name of Samsung Techwin. The aircraft are commonly used for business trips conducted by the executives of the group subsidiaries, including vice-chairperson Lee Jae-yong of Samsung Electronics, the de-facto owner of the group.

In May, Samsung purchased a new B737-7EG business jet at the price of 85.5 billion won (US$77.4 million), with an additional 30 billion won spent on interior improvements.

Samsung has not decided which company will manage the aircraft, but it is expected that Samsung Electronics will be in charge of the business jets and helicopters as it uses them most frequently. It has also been reported that Samsung gave an option to the Techwin staff who manage the aircraft to either remain with Techwin or transfer to Samsung Electronics.

Meanwhile, Vice-chairperson Lee flew to Japan not with his business jet, but with a commercial airline, on November 27.