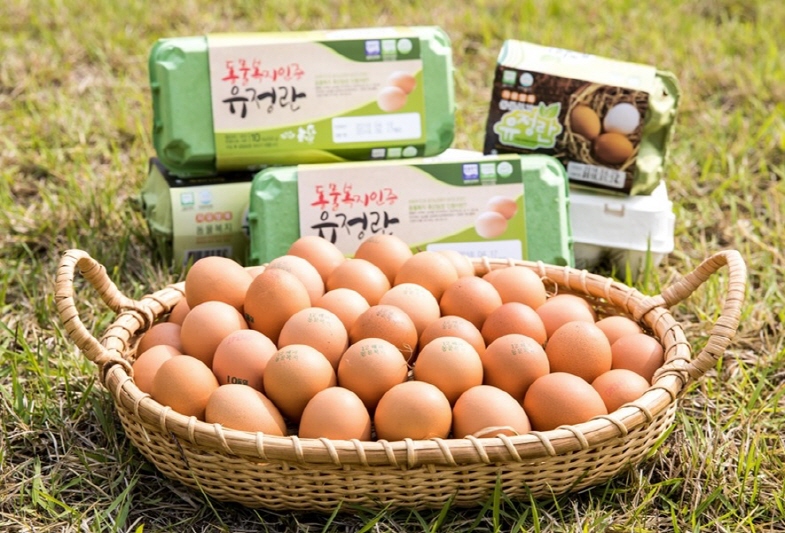 SEOUL, May 9 (Korea Bizwire) — According to a new survey, many consumers have heard of the “certified” eggs that follow guidelines of welfare practices for livestock, but most do not know of the policy or its mark.

The certification system operated by the Ministry of Agriculture, Food and Rural Affairs identifies farms that create favorable conditions for livestock rearing.

But a survey announced yesterday by the Rural Development Administration showed that while 62.4 percent of respondents had heard of the certification system, only 23.3 percent knew of the actual certification mark.

And only 37.8 percent knew of the certification system, which indicated that the public’s understanding of the animal welfare certification was very low.

Respondents that had heard of the certification system and seen the mark were typically consumers in their 40s who consumed eggs every day and were very interested in their well-being.

Among consumers, 92 percent said they were interested in purchasing the certified eggs before hearing of their cost (5,000 to 6,000 won per 10 eggs), after which the share of willing buyers dropped to 62.7 percent.

Of the consumers willing to buy certified eggs, 63.4 percent said that they “thought the eggs would be safe” while 42.5 percent of those were not willing to buy them stated “too expensive” as the main reason for not wanting them.

The survey was carried out nationally in July of last year with the participation of 502 women between 25 and 59 years of age.

Another survey will be commissioned in the first half of this year by the Rural Development Administration, the results of which will be used as basis for creating a new policy on animal welfare.