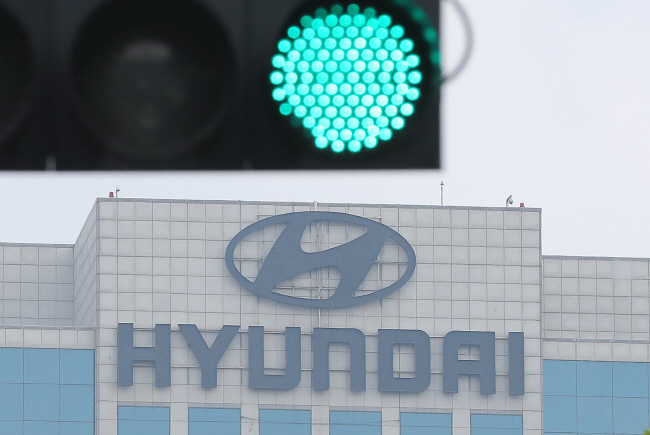 Elliott was not on any of the shareholder lists of Hyundai Motor Co, Kia Motors Corp. and Hyundai Mobis Co. at the end of December, people familiar with the matter told Yonhap News Agency.

“Elliott appears to have decided to sell the stakes in the Hyundai affiliates as they judged that there is a slim chance of making their demands heard when it comes to overhauling the group’s governance structure,” an industry official said.

Hyundai Motor Group neither confirmed nor denied Elliott’s selloff. Elliott could not be reached for comment.

In March last year, shareholders backed the dividend plans of Hyundai Motor and Hyundai Mobis and their proposed directors but rejected proposals by Elliott in a setback for the U.S. fund.

Elliott called on the two companies to provide a combined 8.3 trillion won (US$7.3 billion) in dividends last year for their earnings results of 2018.

It seems for the U.S. firm to have no cause to push ahead with the demands as Hyundai Motor Group has recently announced a series of investments in future vehicle technologies, the official said.

Earlier this month, the group announced it will invest more than 100 trillion won over the next five years to increase its presence in the future mobility markets.

“We are planning to launch 44 electrified vehicles, including 11 all-electric models, by 2025, as we aim to take the lead in electrified car markets based on the development of our own platforms and core electrified car components,” Hyundai Motor Group Executive Vice Chairman Chung Euisun said in a New Year speech held at the group’s headquarters in Seoul.

Elliott likely sold its stakes in the group affiliates as their prices have recently rebounded from sharp declines helped by robust sales of new models, such as the Hyundai Palisade sport-utility vehicle and the Kia Telluride SUV, he said.

Hyundai Motor and Hyundai Mobis had been in a back-and-forth dispute with Elliott over their dividend plans and appointments for board members, with the New York-based hedge fund seeking to obtain seats on the key body.

In 2018, Elliott’s opposition made Hyundai Motor Group drop its attempt to overhaul its governance structure, which could have helped take over the country’s second-biggest family-owned conglomerate from his father, Chairman Chung Mong-koo.