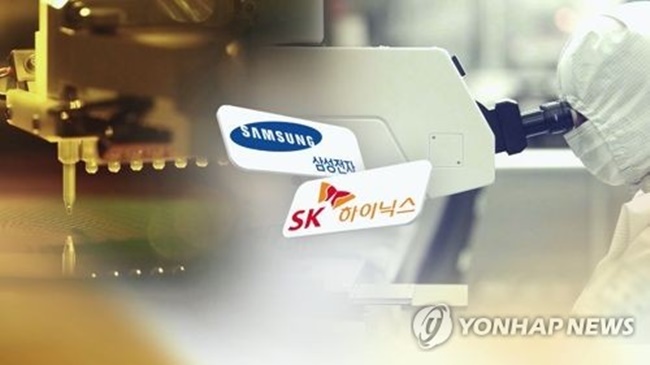 Samsung Electronics Co. workers in the semiconductor sector will receive annual bonuses, called the Overall Performance Incentive, amounting to up to 50 percent of their annual salary, on Jan. 31, a Samsung official said. (Image: Yonhap)

Samsung Electronics Co. workers in the semiconductor sector will receive annual bonuses, called the Overall Performance Incentive, amounting to up to 50 percent of their annual salary, on Jan. 31, a Samsung official said.

Samsung Electronics estimated earlier this month that its operating profit in 2017 would rise 83.3 percent on-year to 53.6 trillion won (US$50 billion) on sales of 239.6 trillion won, up 18.7 percent from 201.9 trillion won the previous year.

The tech giant is expected to provide details for business divisions in its finalized report, which is to be released later this month.

Analysts projected the operating profits of Samsung’s semiconductor business to be over 10 trillion won out of total fourth-quarter profits of 15.1 trillion won.

Employees of the semiconductor division received bonuses worth 25 percent of their annual salary in November and December.

They also got half of their annual salary as bonuses in January last year for their strong performance the previous year.

Workers at the smartphone and consumer electronics divisions are also expected to get bonuses later this month.

Employees of SK hynix will also likely get up to 50 percent oftheir annual salaries as bonuses later this month or early February, in addition to the 100 percent of their base pay they already received in bonuses in January and July, an official of the chipmaker said.