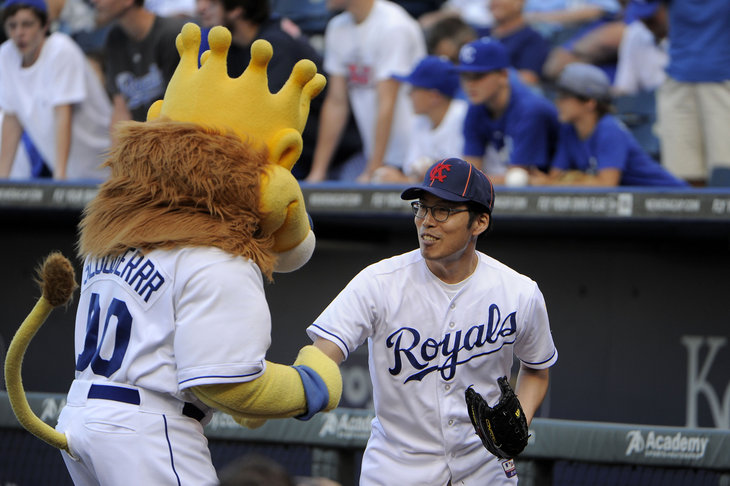 SEOUL, Oct. 18 (Korea Bizwire) – As the Kansas City Royals beat Baltimore Orioles and finally advanced to their first World Series — in nearly one generation since the year of 1985, many South Korean baseball fans keeping track of Major League Baseball (MLB) news — hitherto quite a few fans in number thanks to Hyun-jin Ryu’s good performance as a pitcher for the LA Dodgers — are strongly drawn to the previously obscure baseball team in the American League.

Now, many baseball fans in South Korea got to know who Sung-woo Lee is, how much “royal” Lee has been to his most favorite team in the world since his childhood, and what “magic” Lee did on the team’s winning streak, why the KC Royals wanted to invite this diehard Royals fan living in Seoul to the World Series games — and many other things about the KC Royals, including the club records, team players and even the history of Kansas City.

It is not an exaggeration to say that now the Kansas City Royals are in the second place to none as far as fame and likability are concerned among South Korean baseball fans. This is so since Lee received great receptions from the KC Royals fans living on the other side of the planet. To say the least, the KC Royals seem to have secured many potential Asian fans for now.

As Sung-woo Lee’s love story with the KC Royals has spread rapidly, local news media rush to report some amusing anecdotes with a great deal of curiosity. In particular, a possibility of Sung-woo Lee’s return to Kansas City to watch the team play in the World Series made good news fodder — and some great topic to talk about in the local online communities.

Indeed, many baseball fans have paid particular interest in how Shinsegae, a South Korean department store brand and the employer of Lee,  allowed him to return to KC, a special treatment for a salaried worker like him. 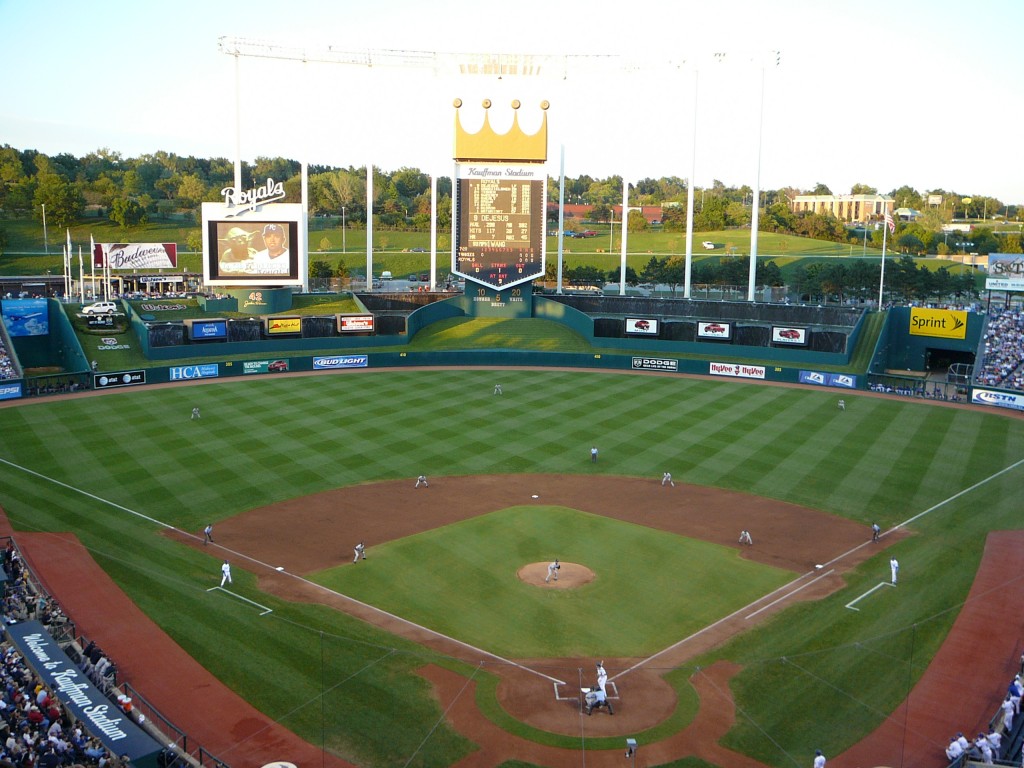 But many fans start talking about the main beneficiary of the KC Royals’ unexpected advance to the World Series will be not Sung-woo Lee, but Shinsegae that is a major retailer brand and was originally part of Samsung group. Reason? Because Shinsegae can be able to enjoy a tremendous boost for the brand recognition.

Some even say the decision of Shinsegae might be guided by its ‘self-interest’ not by — say, a special welfare for its worker this time. Whatever the reason might be, Shinsegae, that is stepping up its branding strategy both locally and abroad, can be able to enjoy a good deal of publicity from the event which is supposed to capture the world’s attention sooner.

And you might wonder how Lee did his part working his magic for his beloved team. About this, NPR, the public news outlet in the US, gave a vivid description of the extraordinary story which was posted on October 2.

If, like most of America, you have not been following the Kansas City Royals closely this season, consider this: In August, SungWoo Lee, a 38-year-old die-hard Royals fan from Seoul, South Korea, of all places, got on a plane headed for Missouri. The team he loved hadn’t made it to the playoffs since 1985. By the time Lee boarded his return flight to Korea, the Royals, perennial also-rans, had won nine out of 10 games and recaptured first place in their division. Lee had never set foot in the United States before that week, and the Royals hadn’t collectively set foot in first place this late in the season in more than a decade. 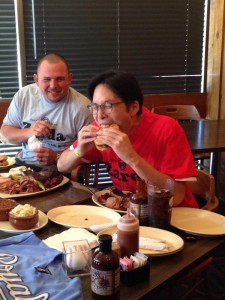 Sung-woo Lee was a celebrity sort of while he was staying in Kansas City. (image: Reddit)

As the renowned news outlet reports it, this amazing anecdote sounds a little too perfect, and it is so much fun to watch. This story is of absorbing interest, indeed.

No wonder, this love story between Lee and the KC Royals will be made into a movie, according to news reports and many Korean fans got to hear ESPN’s 30 for 30 crew were traveling to Seoul to persuade Lee’s boss to approve Lee’s returning to Kansas City — so that this ongoing storyline will be perfect enough to be made into a movie fodder.

Now, the employer of Lee gave a green light to his return to Kansas City to cheer on the team again. According to local and US reports, a twitter hashtag of @TwitterKR, an account made to bring Sung-woo Lee back to Kansas City recorded 19,000 relays in just 9 hours after the campaign launch.

Some Royals fans joked that Lee had taken his good luck with him when Lee first visited Kansas City previously. And now Lee will arrive in Kansas City on October 21 to make a “good luck charm” once again. And the employer of Lee and many Korean baseball fans might keep their fingers crossed that Lee’s magic would work this time again.