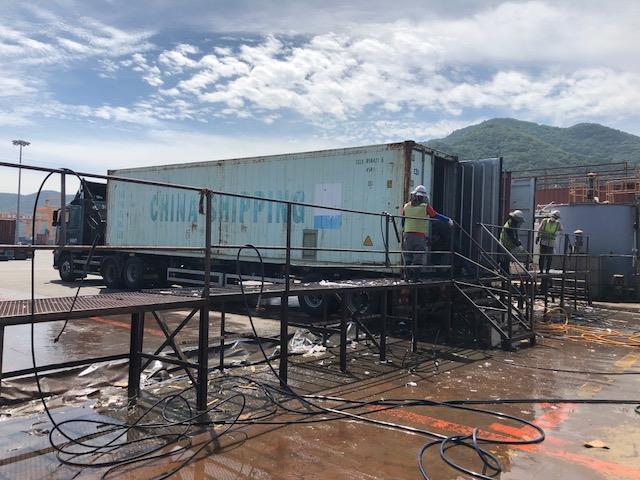 BUSAN, May 1 (Korea Bizwire) — An investigation led by the Busan Port Authority (BPA) has revealed that foreign species are flowing into the Busan Port via empty containers shipped from overseas.

The BPA conducted a one-month examination of 5,458 empty foreign containers carried out of the port last November.

The investigation found live maggots, spiders, and cockroaches from seven containers, and a dead bug from another container.

The BPA decided to hold the investigation after a series of complaints from trailer drivers who reported that they had found various bugs inside the containers.

In addition to cockroaches, moths, and lizards, some even reported of finding live scorpions as well as snakes.

While trailer drivers usually kill most of the bugs, some of them make out of the container alive, raising the stakes of undermining the local ecosystem if they manage to settle in.

“More than 920,000 overseas empty containers were carried out of Busan Port in 2017, indicating that at least 900 containers may come with foreign bugs and other species every year,” said Park Yong-an, a researcher at the Korea Maritime Institute.

A source familiar with the BPA estimated that at least 1,000 containers may hold foreign bugs if Busan’s north port – which was not part of last year’s investigation – is included.

The investigation also did not examine containers that carry imported goods. Considering that there might be a number of unreported cases, the actual number of containers carrying bugs may be higher.

These containers are sent to shippers in South Korea without being properly investigated for quarantine.

Relevant legislation lacks specific provisions to deal with empty containers from overseas and their quarantine process.

The BPA will conduct investigations of all container piers two times a year, and work with the Ministry of Environment and the Korea Customs Service to develop stronger measures.