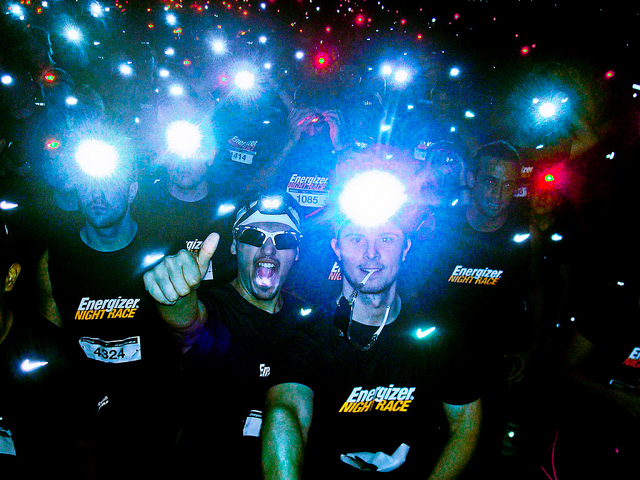 Energizer Korea announced on July 18 that it would hold the largest night marathon race “Energizer Night Race 2014” at Peace Square of the World Cup Park in Seoul on October 11. (image: DJ Carlos Araya/flickr)

SEOUL, July 19 (Korea Bizwire) – Energizer Korea, the No. 1 battery brand in Korea, will give long-distance runners a chance to make the world brighter and generate positive energy in the society.

Energizer Korea announced on July 18 that it would hold the largest night marathon race “Energizer Night Race 2014” at Peace Square of the World Cup Park in Seoul on October 11. As one of the most distinctive running events to be held during the coming autumn season, the Energizer race will be run under the theme of “Race for a Brighter World. That’s Positive Energy.”

The race is a series of night races which are being taken place across the globe including the United Kingdom, South Africa, Argentina, and the U.S. with the purpose of donating 14 million hours of light to rural communities around the world without access to electricity.

Since 2009, the race has gathered public attention with the races of headlamp lights for the brighter world and love sharing. Annually, it attracts more than 10,000 participants. The race is composed of two courses, 5K and 10K, for families, lovers and friends to share their nice experience during the race with a variety of events and green campaign thinking of the environment.

Energizer will take registration for group participants at its official website (http://www.energizer-nightrace.co.kr/) and private participants through Ticket Monster (http://www.ticketmonster.co.kr/) on a first come, first served basis until the participant number reaches 10,000.

Registration fee is 30,000 won (US$29) and all the participants will be given an Energizer LED headlamp and Skechers’ running shirts as souvenirs.

During the race, participants can relay the positive energy projects which the night race has been promoting. In this year’s program, unlike other long-distance races where the runners are taking numbers on their shirts assigned by the organizers, the race allows the participants to put their own positive messages on the front and back of the shirts to cheer themselves up or other participants.

Besides, the race urges the participants to think about the environment by taking public transportation, recycling and so on during the race. Again this year, the organizers will plant trees for the “positive forest.” By planting trees annually with the participants, Energizer plans to make a huge ecological forest.