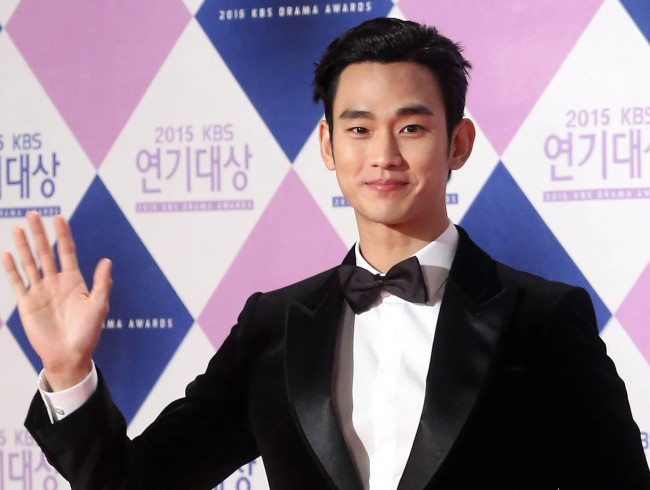 The management company to which he belongs is particularly anxious about an upcoming decrease in sales. (Image: Yonhap)

SEOUL, Oct. 4 (Korea Bizwire) – As a Korean-wave mega star, Kim Soo-hyun, whose sales figures reached 200 billion won over the last four years, is entering the army on October 23rd. Not only are his fans disappointed, but the entire entertainment industry is heaving a sigh of resignation.

The management company to which he belongs is particularly anxious about an upcoming decrease in sales.

However, Kim Soo-hyun has been waiting to join the army with a plan to successfully finish his military service and come back as a leading man in his 30s.

Kim at the age of 20 was found unsuitable for active military service during his physical exam. Due to a heart condition he had been suffering since childhood, he received a grade-four, under which he would be assigned to alternative non-combat duty. After having had proper medical care, he asked for another physical examination and got a grade-one.

“Kim could have avoided military service, but instead he went the other way,” said the agency.

‘My Love from the Star’ which was broadcast until February of 2014 made Kim the reigning Korean-wave star.

“Kim Soo-hyun’s annual sales figures reached 70 to 80 billion won. But his popularity went far beyond that figure” said an official of the entertainment industry.

Kim Soo-hyun’s agency, Key East, whose biggest shareholder is former Korean Wave star Bae Yongjun, has many stars among its members, including Son Hyun-joo, Joo Ji-hun, and Han Ye-sel. However, none among them can match Kim Soo-hyun. For this reason, Key East is suffering in silence, while the entire entertainment industry is sighing with frustration that it has to wait two years to cast him again.