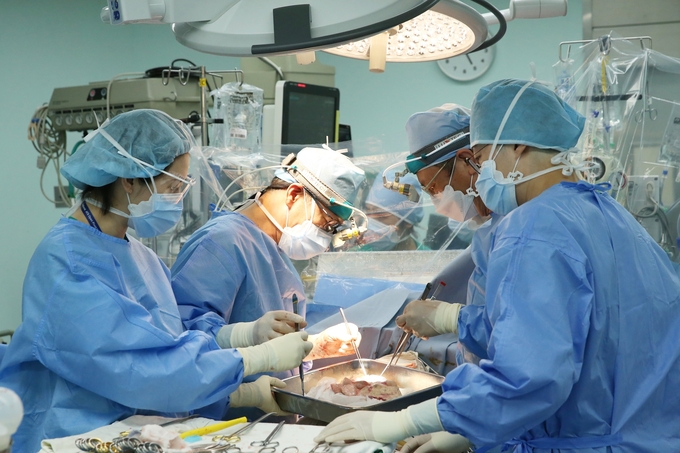 Kim Chung-yeong was able to find appropriate lungs and the 10-hour surgical procedure was a success. (image: Asan Medical Center)

SEOUL, Dec. 9 (Korea Bizwire) — A 50-year old Korean living in Mexico, stricken with the coronavirus, was gifted a new life back in her home country.

After recovering from the coronavirus in September, she had been suffering from pulmonary fibrosis, a side-effect of the pandemic, and depended on artificial respirators, extracorporeal membrane oxygenation (ECMO) and other medical devices to breathe.

She tested positive for the coronavirus in June, and was hospitalized at Mexico’s ABC Medical Center, where she was put on an artificial respirator due to advanced pneumonia.

Even after recovering from the coronavirus, more than 90 percent of her lungs had gone stiff, losing almost all of their capacity. The local medical staff went so far as to tell her family that she might not recover.

Kim’s family members took her to Christus Muguerza Hospital in July, the only hospital in Mexico that has successfully carried out lung transplant surgery.

Kim’s son, in turn, sent an email to the medical team at Asan Medical Center in August, asking them to perform a lung transplant on his mother.

The hospital soon got in contact with medical staff in Mexico to assess Kim’s condition and decided to carry out the lung transplant after a series of discussions. 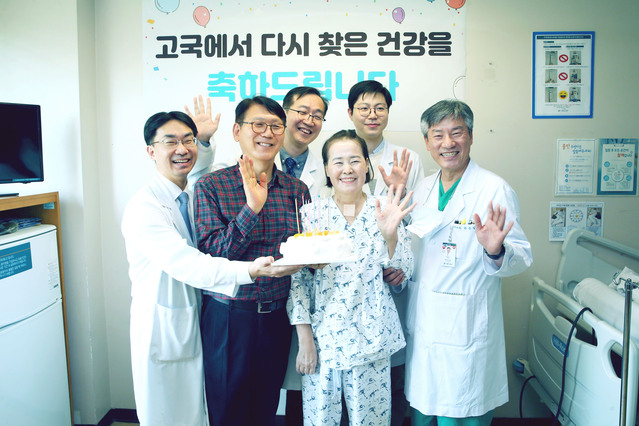 This photo provided by Asan Medical Center shows Kim Chung-yeong (3rd from right) and medical staff pose for a photo at the hospital.

The primary issue was how to safely bring Kim all the way from Mexico to South Korea. By then, Kim had already lost consciousness, and was unable to breathe on her own.

With the help of the local medical staff and the embassy, Kim was able to safely land on South Korean soil on Aug. 9, breathing through an artificial respirator and ECMO on a 24-hour air ambulance flight. All costs were to be borne by the patient.

Kim, awaiting surgery at Asan Medical Center, soon received a call that there had been a lung donation from a brain dead patient on Sept. 11, allowing her the chance to receive a transplant.

Kim was high on the priority list of patients in need of a lung transplant, since her lung capacity had declined to less than 10 percent.

Kim had shown a series of antibody rejections against multiple donations due to regular prescription of antibiotics while in Mexico when she was suffering from pneumonia and sepsis, bringing her higher up the list.

While the medical staff were concerned that a series of rejections could hinder the transplant process, she was soon able to find appropriate lungs, and the 10-hour surgical procedure was a success.

Following days of depending on the artificial respirator even after the surgery, Kim is now going through rehabilitation and preparing to be discharged from the hospital.

“We are glad to have saved a Korean suffering from the side-effects of the coronavirus in Mexico,” said Dr. Park Seung-il, who lead the transplant surgery team.