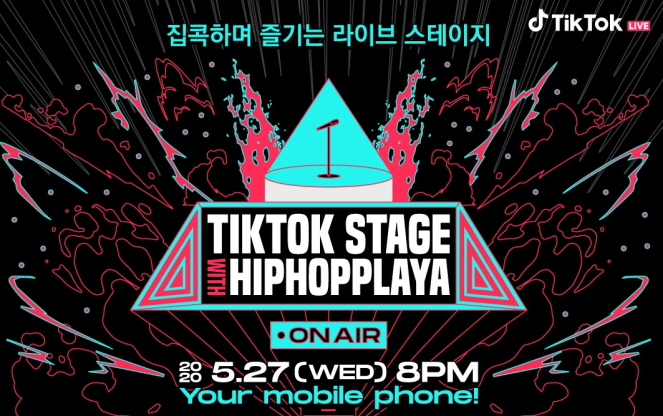 A publicity image for TikTok Stage With Hiphopplaya, an upcoming online hip hop concert, provided by the video-sharing mobile platform on May 21, 2020.

The company announced that it will hold the online concert, named TikTok Stage with Hiphopplaya, next Wednesday at 8 p.m. via the @tiktok_stage account on the platform.

Hip hop trio Epik High, rapper-singer Zico and 20 other artists, including Jessie, Jay Park, Crush, Heize, Changmo and Sik-K, will take part in the show, according to TikTok.