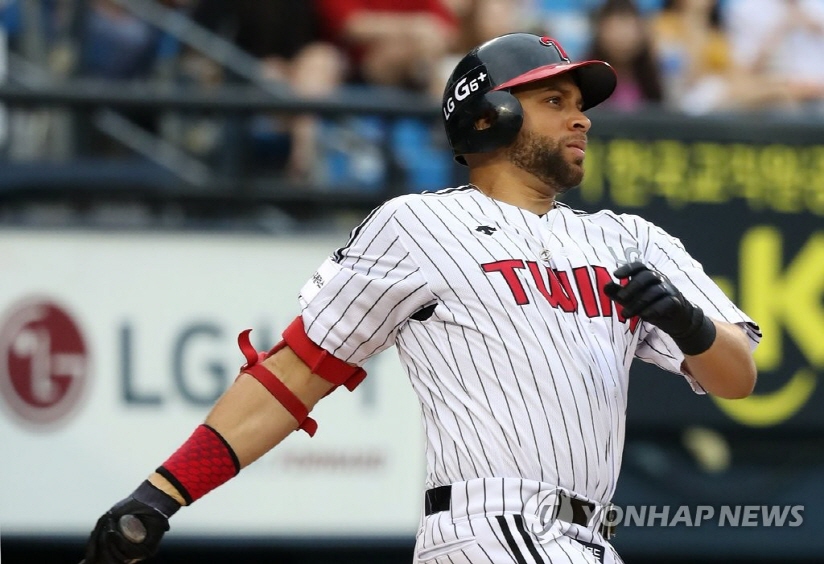 SEOUL, Aug. 23 (Korea Bizwire) – James Loney has seen it all and done it all, and nothing seems to bother the former major league first baseman, now plying his trade with the LG Twins in the Korea Baseball Organization (KBO).

Whether it’s trying to get his groove back after sitting out for two months, or learning new pitchers in a new league, Loney, 33, said the transition has been “pretty easy.”

“Nothing’s been too difficult,” Loney told Yonhap News Agency Tuesday at Jamsil Stadium in Seoul, where the Twins were to host the NC Dinos. “It’s been the same kind of schedule (as the United States) baseball-wise.”

The Twins announced their signing of Loney on July 18. A first round pick by the Los Angeles Dodgers in 2002, Loney has 11 major league seasons under his belt, and his last season in the big show came with the New York Mets in 2016.

Before arriving in Seoul, Loney played in 18 Triple-A games in the Atlanta Braves and the Detroit Tigers systems, batting .218 with two RBIs. His last game was on May 20 and he was released by the Braves two days later.

And he didn’t play competitive baseball again before joining the Twins on a US$350,000 deal. Loney then made his KBO debut on July 27 and hit the ground running, getting at least a hit in each of his first five games.

Loney said after two months’ absence, it took him “about a week and a half” to get his feel back.

“When I got here, I had a few days of practice,” he said. “I went down to the minor league and had some games there and saw live pitching.”

KBO teams are each allowed to sign three foreign players, at least one of whom must be a position player. And more and more players are coming straight from big league clubs to South Korea.

Though Loney didn’t play in the majors this year, he is still among the most recognizable names here. Loney was sixth in the National League Rookie of the Year voting in 2007 after batting .331 with 15 home runs and 67 RBIs in 96 games for the Dodgers.

Loney played six and a half seasons for the Dodgers after getting drafted, and went on to play for the Boston Red Sox, Tampa Bay Rays and New York Mets.

While he never reached 20 homers or 100 RBIs in any season, Loney was one of the finest fielders at first base at the top of his game.

In 2013, then playing for the Rays, Loney was among three American League Gold Glove finalists at first base. Eric Hosmer of the Kansas City Royals won it, but advanced metrics showed Loney actually had a better defensive season. 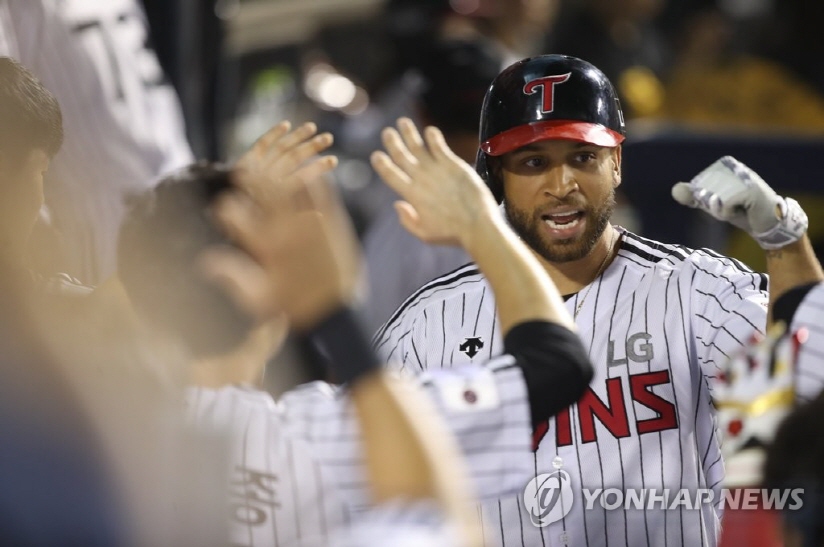 Loney has brought his solid bat and good glove to the KBO. He’s batting .292 with three home runs and 12 RBIs in 20 games. He also has five doubles.

Instead of trying to land with another big league club this year, Loney said he chose to travel to Asia to give himself a new experience.

“(The motivation to come here was) just to play and get the experience, and get to play again, and see what happens,” he said. “Maybe something will happen next year, whether it’s here or there.”

Asked if he saw himself back in the majors down the road, Loney said, “You never know. You just want to come here and play well and see what happens.”

Loney said it’s been “fun” playing in the KBO, thanks in no small part to the famously raucous South Korean fans. The baseball viewing experience in the KBO is largely defined by fans’ constant cheering and chanting of players’ names, and loud music blaring through speakers set next to the stage for cheerleaders — the likes of which are not seen at major league games.

“I like the energy and passion from the fans everywhere,” Loney said. “It’s a party. I like it. They keep it going. They need some of that back in America.”

The Twins are leading the KBO in attendance with a little over 880,000 while playing their home games at the 25,000-seat Jamsil Stadium. And they’re hoping to give those fans even more to cheer about by making the postseason for the second straight year.

The Twins fell to the Dinos 4-3 in 10 innings Tuesday. With victories by two teams battling the Twins in the standings, the Lotte Giants and Nexen Heroes, the Twins fell from fourth to sixth at 56-52-1 (wins-losses-ties). They’re half a game behind the Heroes for the wild card spot, and a game back of the Giants for fourth place.

But no team has had more rainouts than the Twins this year. They still have 35 games remaining, compared to 28 each for the Giants and the Heroes.

Loney has set a simple goal for himself the rest of the way.

“Just to keep playing hard,” he said. “We’ve been playing well as of late. Keep it up and win as many games we can.”