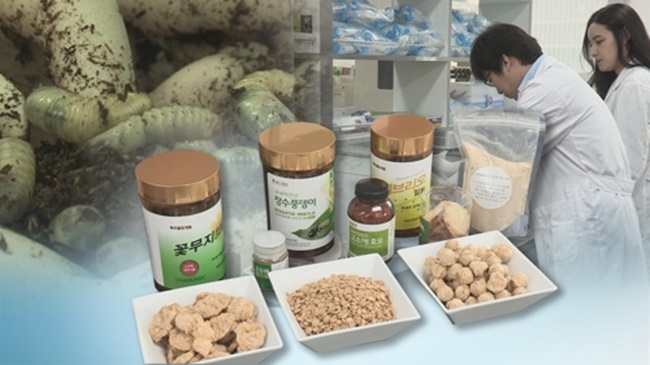 According to a survey conducted by the Korea Consumer Agency with a sample of 500 respondents, 46 people have experienced allergy symptoms after eating insects for food, accounting for 9.2 percent of the total. (Image: Yonhap)

CHUNCHEON, Dec. 8 (Korea Bizwire) — A series of reports of allergic reactions following the consumption of edible insects have raised concern over a food source that is expected to be of significant importance in the future.

According to a survey conducted by the Korea Consumer Agency with a sample of 500 respondents, 46 people have experienced allergy symptoms after eating insects for food, accounting for 9.2 percent of the total.

Among those who experienced allergies to edible insects, approximately 1 in 4 suffered from skin rashes and breathing problems.

The 12 people who experienced skin conditions were found to have eaten more traditional choices like silkworm pupas and grasshoppers, as well as other edible insects such as two-spotted crickets.

Data from the Korea Consumer Agency’s consumer safety monitoring system between 2013 and 2016 showed that an average of 30 to 40 cases of allergic reactions have been reported every year related to the consumption of silkworm pupa, widely known as bundaegi, with the tally standing at a total of 156 reports.

Of the 156 reports, those who experienced rashes and other skin-related conditions accounted for 76.9 percent, while 9 percent suffered from stomach pain and other digestive conditions.

Despite the growing reports of edible insect allergies, however, it has been reported that nearly 75 percent of the edible insect products available online contain no allergy warnings, while those that did indicate allergy information did so in an arbitrary manner.

“Allergen labels need to be printed on the packages of edible insect products,” the Korea Consumer Agency argued.

The survey showed ‘safety’ was the most important factor consumers considered when buying insect food products, with 67 percent of the respondents saying so.

When asked about which information needs to be specified on product packaging, 29 percent said ‘allergen labels’, closely followed by the ‘origin of the product’. Around 13 percent said ‘food safety approval’.

Last year, the Ministry of Agriculture, Food and Rural Affairs announced it would grow the insect industry to a 500-billion-won market and increase the number of insect farms to 1,200.

One thought on “Experts Warn About Allergies to Edible Insects”