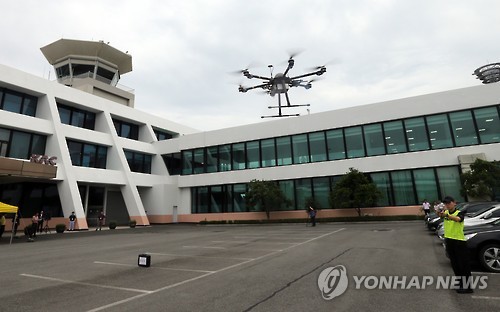 BUSAN, Aug. 20 (Korea Bizwire) – What if explosive matter was mounted on a drone? A drill preparing for this kind of situation has taken place at Gimhae Airport near Busan. 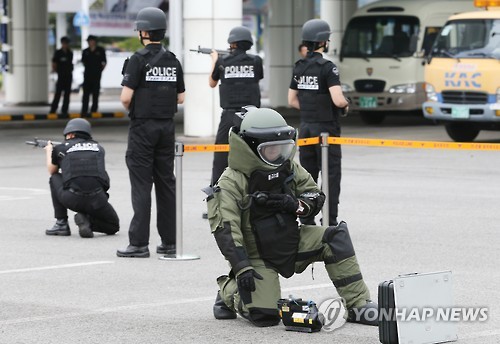 The explosive ordnance disposal personnel arrived on site and verified the material to be explosive. An unmanned robot went in, ignited the explosive, and the whole situation was terminated in 25 minutes.

Since a commercial drone flew into the White House and crashed into the building in January, awareness about terrorist acts using drones is high. The drill was an opportunity to check the level of preparedness for dealing with new types of terrorist threats. 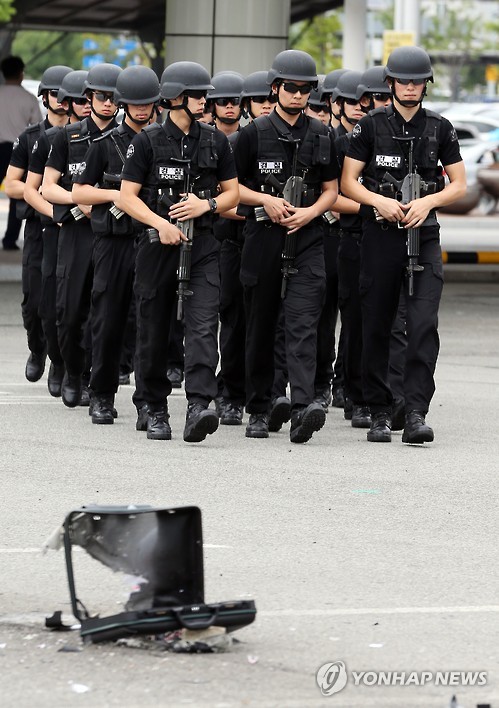