Football Rivalry between Iran and South Korea Intensifies in Lead Up to Match. (Image: Yonhap)

SEOUL, Aug. 30 (Korea Bizwire) — The Iranian national football team arrived at Incheon International Airport on August 26, bringing with them a pristine record of 6 wins, 2 draws and no losses in advance of their upcoming FIFA World Cup qualifying match with host South Korea on August 31.

With eight goals for and none against to boot, the match is a “qualifier” in name only for Iran, which has already secured its place at the 2018 FIFA World Cup in Russia.

This means that Iran will most likely be playing for pride and a chance to set a record by entering the World Cup with a clean sheet through the entire qualifying stages (after the match on the 31st, Iran will face off against Syria, ranked 80th in the world, at home).

In contrast, South Korea, with a middling record of 4 wins, 1 draw and 3 losses (11 goals for, 10 against), will have to fight tooth and nail to ensure it does not suffer the ignominy of being the first squad since 1982 to fail to earn a World Cup berth.

With one side playing for honor and one for survival, the lead up to the match would already be highly tense without the Iranian team’s history of trying behavior.

The peculiar footballing relationship between the two countries goes back to 2012 in Iran, when the South Korean national team was designated a plot of land in the corner of an automobile manufacturing plant as training grounds for its qualifying match with the host nation.

Reports of training grounds being changed on a daily basis and the teams’ transport being routed through traffic-heavy areas, not to mention the Korean delegation of reporters being refused entry to the hotel where they had booked rooms because Iranian footballers decided to stay there, cast the Middle Eastern country’s hospitality as petty at best and sabotage at worst.

In response, South Korea gave the visiting team a stadium in Ulsan in the summer of 2013 to train and placed restrictions on the use of the facility to locals as a favor to the Iranian team.

Such favors have seemingly gone unnoticed, with the visitors going so far as accusing the Korea Football Association of trying to spy on their training protocols by offering to provide an attaché to their team, standard procedure that is meant to address any concerns the visiting team might have.

This time around the team is staying at a top quality hotel near Gimpo International Airport and was designated a football field next to the Incheon Asia Main Stadium on the 27th and a stadium in Paju City for the 28th and the 29th to use as training grounds.

Manager Carlos Queiroz criticized the quality of turf as subpar and asked for different training grounds, which earned him a rebuke from his South Korean counterpart for trying to engage in “mind games”. 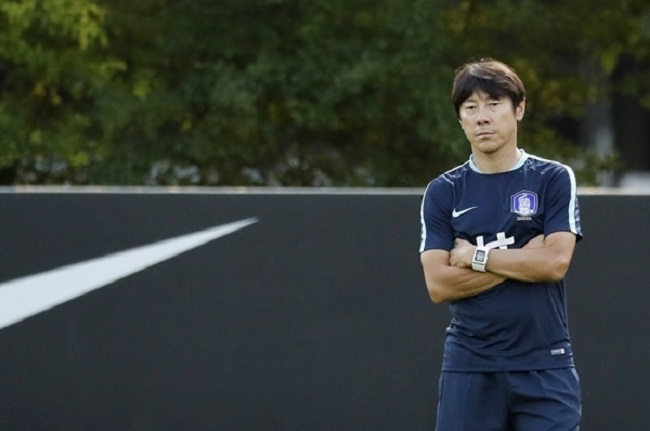 Manager Carlos Queiroz criticized the quality of turf as subpar and asked for different training grounds, which earned him a rebuke from his South Korean counterpart for trying to engage in “mind games”. (Image: Yonhap)