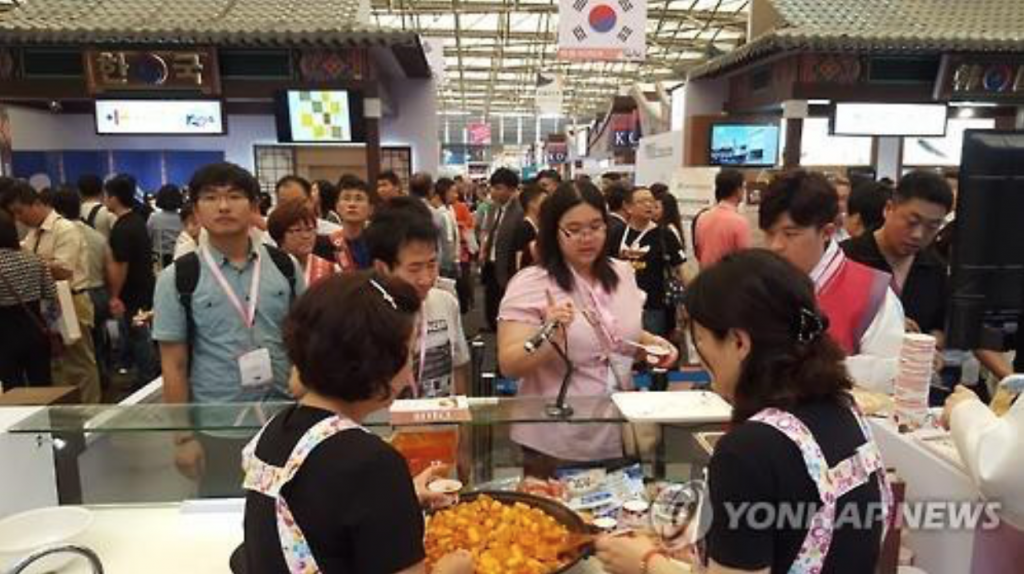 South Korean booths at the “SIAL China 2016,” an international food and beverage exhibition, are crowded with visitors in Shanghai on May 6, 2016. (image: Yonhap)

SEOUL, Aug. 29 (Korea Bizwire) – Outbound shipments of food, beauty, fashion and personal care products soared in the first half of the year on the back of the growing popularity of the Korean wave, or hallyu, industry data showed on Monday.

According to the data compiled by the Korea International Trade Association (KITA), exports of such goods amounted to US$6.79 billion in the January-June period, up 15.2 percent from a year earlier. 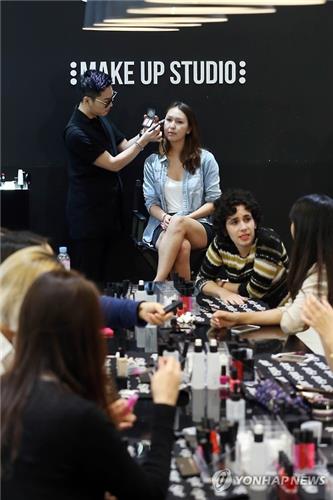 A hallyu makeup experience event for foreign tourists is under way at a store in Seoul on June 15, 2016. (image: Yonhap)

Industry watchers said the growth is attributable to the cultural wave of “hallyu” in China and other Asian countries, which refers to the boom of South Korea-made entertainment goods, including pop music, movies and TV dramas. The popularity of hallyu helped turn its fans into consumers of South Korean products.

The growth was driven by cosmetics-related goods with their exports rising 38.5 percent to reach $1.81 billion during the first half of the year.

Last year, exports of such products amounted to $12.21 billion won, the data showed. 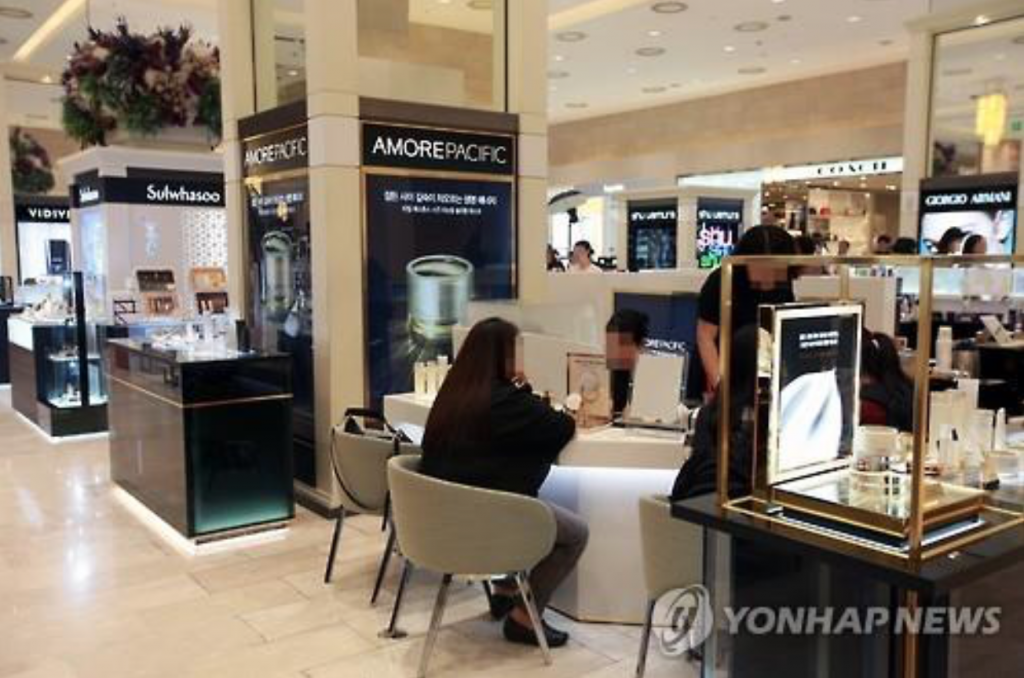 Earlier data also showed that exports of South Korea-made cosmetics more than tripled over the past five years.

Outbound shipments of makeup products reached $2.45 billion in 2015, surging 53.1 percent from $1.56 billion a year earlier, according to the data by Korea Customs Service (KCS).