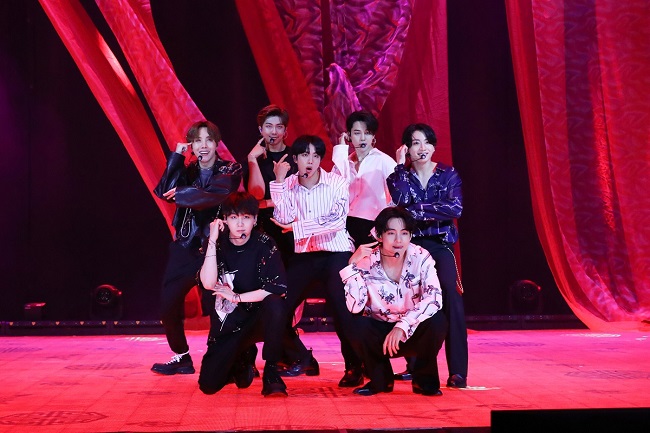 SEOUL, Aug. 27 (Korea Bizwire) — Big Hit Entertainment, the management agency-label of K-pop giant BTS, said Thursday that the plan for an in-person BTS concert announced for fall has come under uncertainty as sporadic cluster infections across the country continue to pile up.

In an announcement on Weverse, the company’s mobile fan community-commerce platform, Big Hit said that uncertainty surrounding the two-day Seoul concert, “BTS Map Of The Soul ON:E,” announced for Oct. 10-11, has increased, citing the virus outbreaks centered around Seoul and its surrounding cities.

“We are again cautiously examining the conditions of the concert,” the company said, adding that it will update fans with details after “the latest mass transmissions subside.”

Big Hit added, “Please understand as we are putting the health and safety of everyone as the priority.”

Earlier this year, the Korean septet was forced to cancel an announced world tour due to the pandemic.

To connect with fans across the world, BTS hosted a paid online concert, “Bang Bang Con: The Live” in June, which set a new Guinness World record for “most viewers for a music concert livestream,” attracting 756,000 viewers in 107 countries and regions across the world.